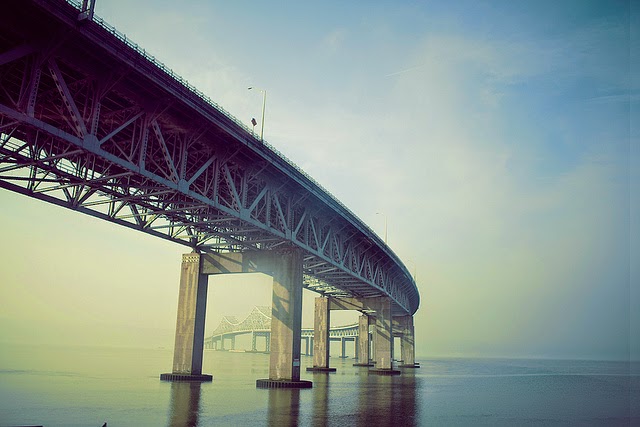 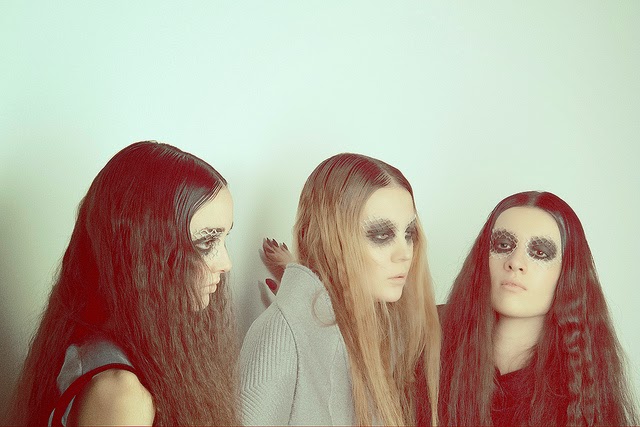 "I am 26! Everyone who knows me well though would probably point out I'm more accurately a mix of a 5 year old and an old soul if that makes any sense. ha." 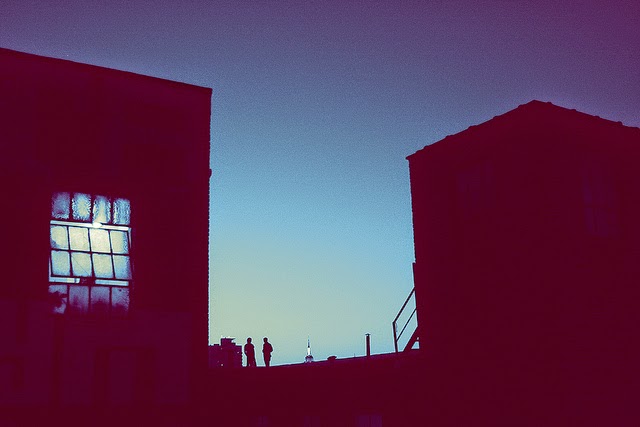 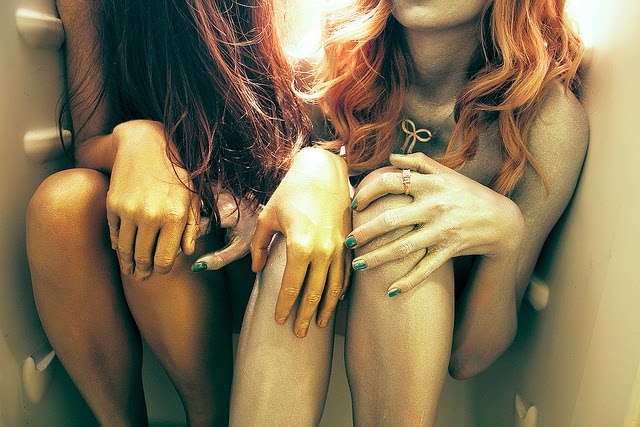 "I guess I inherited photography from my dad, he was a total hippie traveling the world taking incredible photos so it just became inherent for me to always have a camera around my neck. Since I was 16 I practically lived in the dark room but photography was always just a hobby- It became so technical when I got to doing large format in college that it wasn't fun for me anymore so I stopped for a long time- Then I moved to New York and since I had no money and knew no one, all I would do was take pictures and people started to take notice - I was fortunate enough to be introduced to some really talented and successful photographers who believed in me and taught me the whole business. I definitely owe where I am today to them- The art world is morbid, the competition is insane, most people are painfully superficial ... but the payoff of being able to make art is priceless." 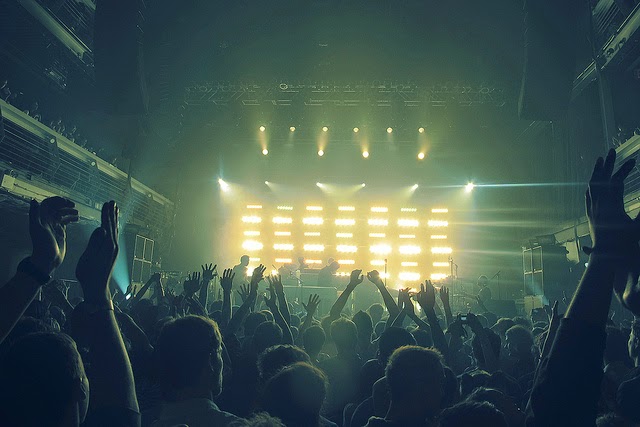 "I decided really young that I was going to be an artist and I was going to live in New York City- being forever a little kid, once I have my heart set on something I do whatever it takes to get it- So finally at 21 I made it! New York is epic but it's also a beast- I moved there for my art and yet after four years in NYC I had completely lost touch. Somehow I decided I needed to get away from everything and find myself and for some odd reason Paris seemed absurd enough to make that happen so after lots of begging I scored a visa and voila ! I'm dumbfounded how my insane isolation has made me grow and become so fascinated with the world around me. Living in Europe has been the hardest thing I've ever done but it’s been hands down the best year of my life so far." 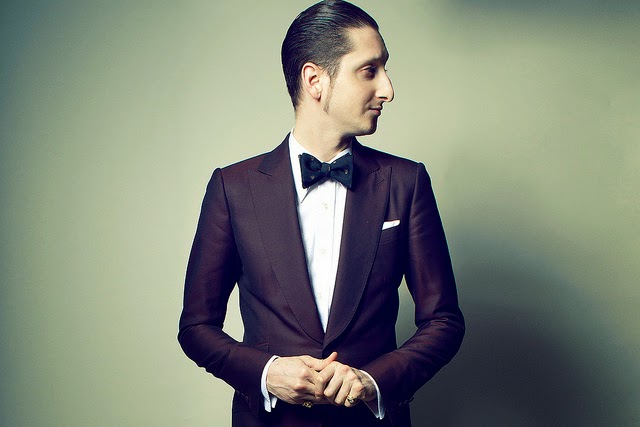 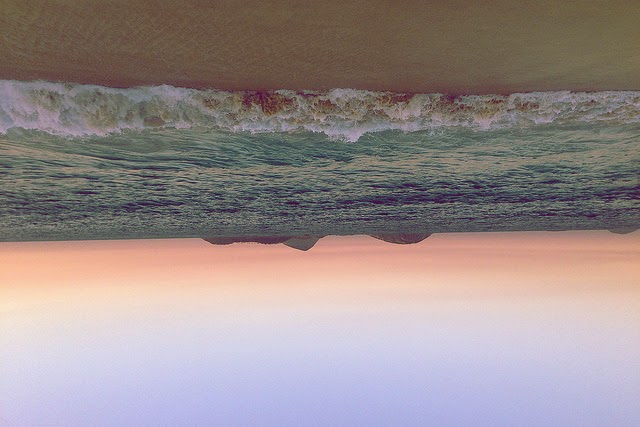 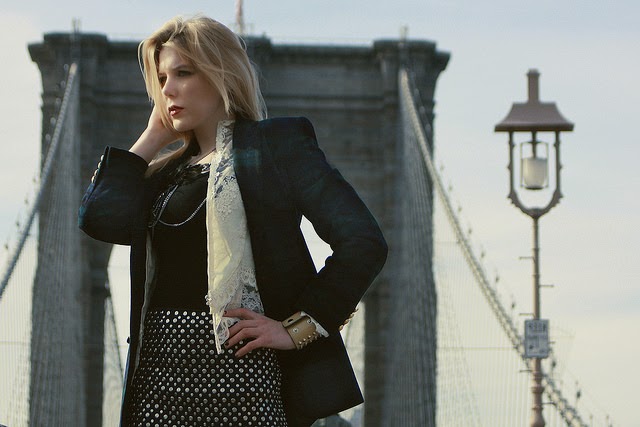 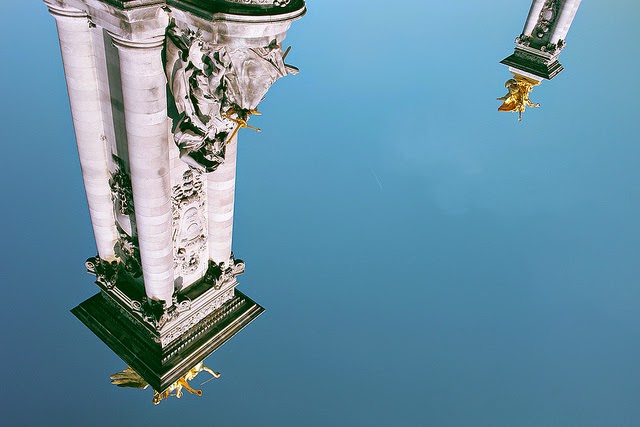 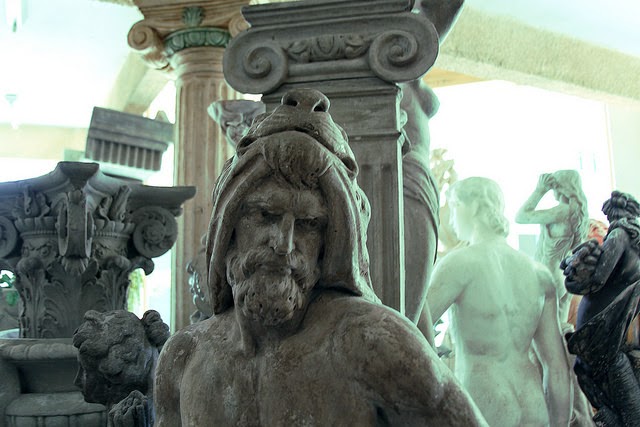 "I  L O V E  traveling- this year was my grand experiment so I did anything and everything that came to me- The world is so big, the more I travel the more I want to explore. Growing up in Los Angeles was paradise but if we don't have that urge to ever leave it- it’s a shame- I think our culture is really ambivalent about learning other languages, philosophies, religions etc: I would have never even realized how special LA is had I never left it or learned that there are so many more amazing places to find and experience!" 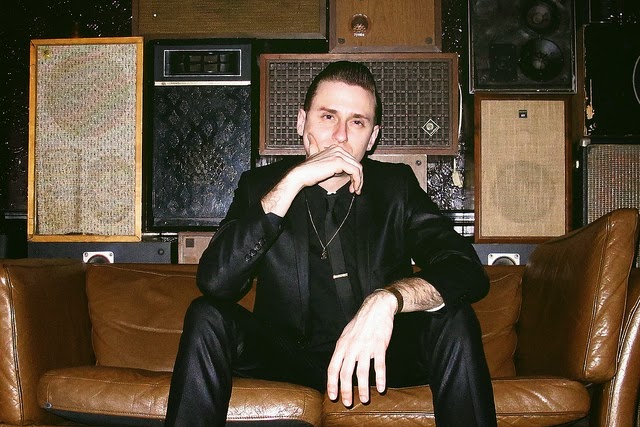 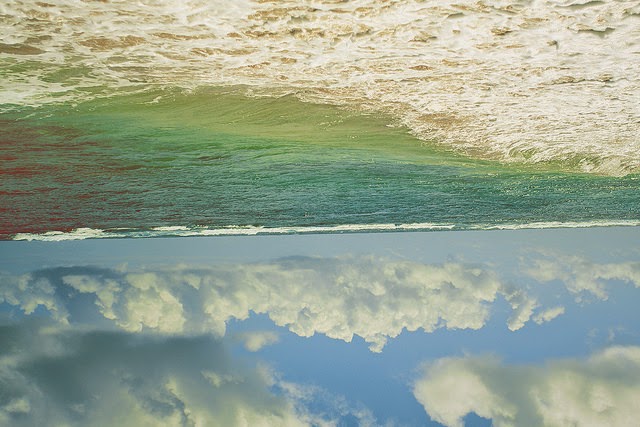 "I'm back in school studying art theory at the Sorbonne- so I am up at dawn already rushing to my morning lectures (which is so weird getting used to when I've been waking up every week in a different country and doing whatever I feel like for the past few months! )  It’s been years since I’ve been in college which is crazy and awesome and funny because I am also way older than everyone in my classes and the only one who is not French so I've definitely settled in as the odd ball! I have to laugh when there are openings for shows with my work in New York and I am on the other side of the world doing homework in my pajamas and getting all the photos sent to me- unreal." 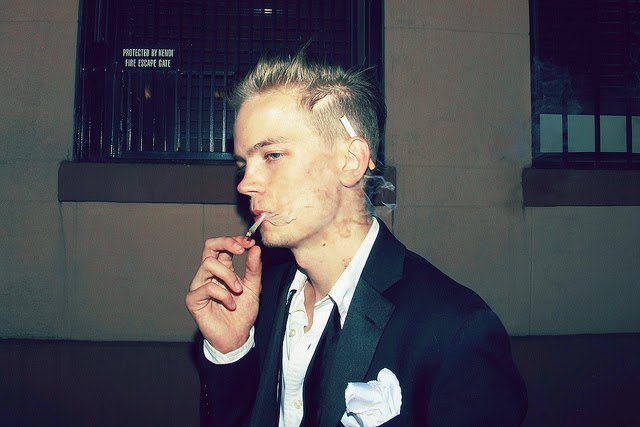 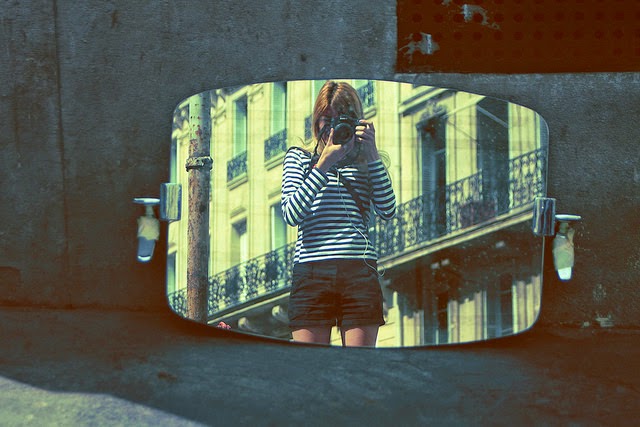 "It is absolutely bonkers being an American in Paris. Everything is amazing and terrible, I've obviously already soaked up all of that fabulous Parisian ennui ha! I have to laugh at myself constantly for how many times I thought I knew more French than I really did until the universe set me straight. The more I learn now the more I've been humbled, even if by force !  Of course I assumed I spoke really fluent French until I got here and I learned really quick that not only did I not understand hardly anyone- but even if they spoke English they didn't seem too keen on speaking it with me - so in panic I absorbed as much of it as I could because it was hard to not be able to communicate. Even now I feel like there is still this glass wall between me and them despite becoming really fluent. I guess as a photographer and a weirdo in general I'm used to being on the outside looking in, I learned to embrace it and transform it into my work- It definitely is in my work- It’s probably why I get a lot of people calling my images dark, but still kind of whimsical- that’s probably a good way to define me too the more I think about it." 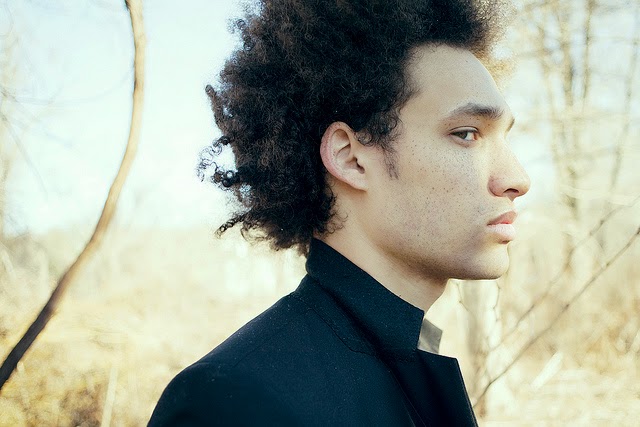 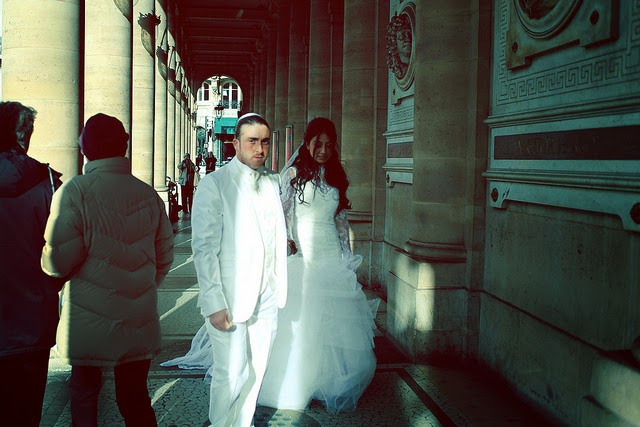 "Money + art don't go together almost ever I’ve learned ! Who'd have thought ?!?! Since I was 18 I have been living on my own- most of the time broke- most of the time my own fault because I am young and irresponsible. I have embraced eating lots of cereal for dinner and I think I've accidentally dyed my hair orange now a minimum of six times to try and save myself money. I’ve over drafted my bank account so many times I've lost count, but over drafting almost became fun. I'll never forget one day while I was still living in New York between me and my best friend we had 10$ collectively- in total- - and half was in coins, my rent was  overdue by weeks and the landlord was banging on my door. I’d have to turn the lights off and sneak out so he couldn't confront me !  I ended up getting a photo gig that same day and it saved me- that might have been the closest I came to having to give up and give in to my mother's one way ticket back to LA she dangles in my face - I always find a way though." 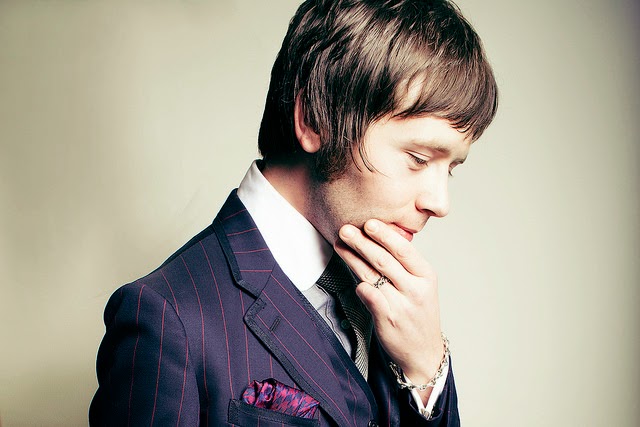 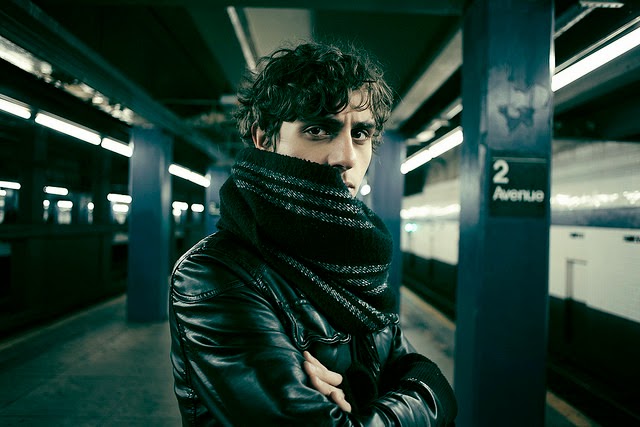 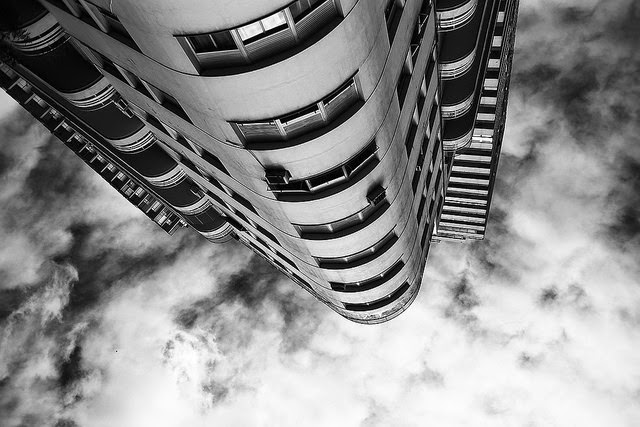 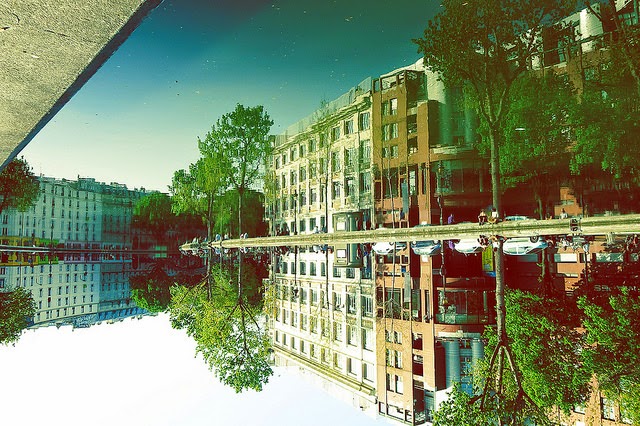 "It’s hard its cold its expensive its lonely living in a big city all by yourself far from home- I've been doing it for eight years. I had to do it though because otherwise I wouldn't be who I am today. My art is my biggest priority and I've obviously made sure to keep that in check because I've sacrificed so much for it- it's what makes me happy, it gives me purpose and passion and that’s all that I care about." 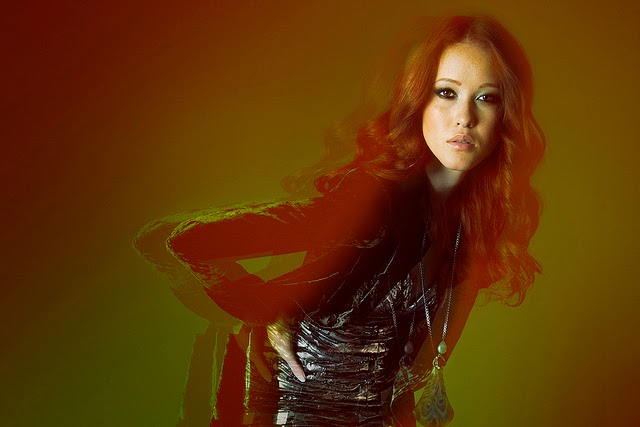 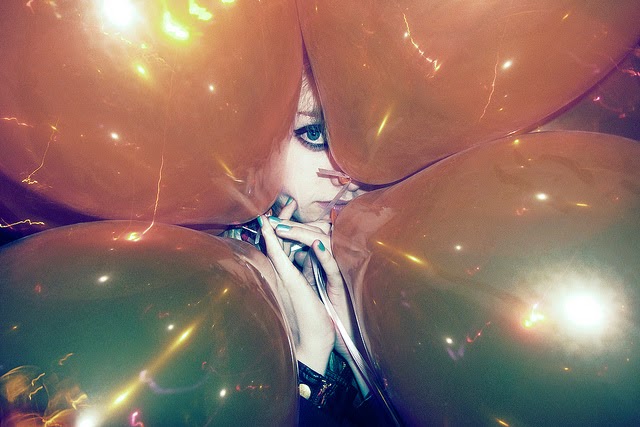 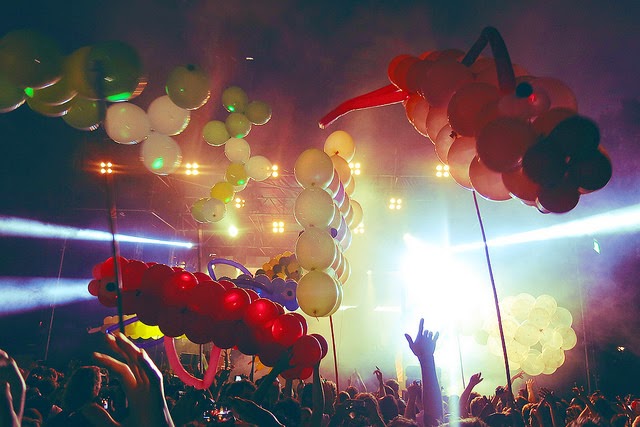 "This year I knew was going to be a joke financially but I had money saved up from last year in New York when I guess I accidentally stumbled into a career and a salary (ahh I thought it was so strange and comical to have a 401K ! ) now back to cereal ! But I've also been really incredibly lucky that people have been putting faith in me- I've had a few shows in New York and sold some prints that way. I also got flown to Cannes to shoot Kim Kardashian this summer- that might have been the weirdest thing I've ever done." 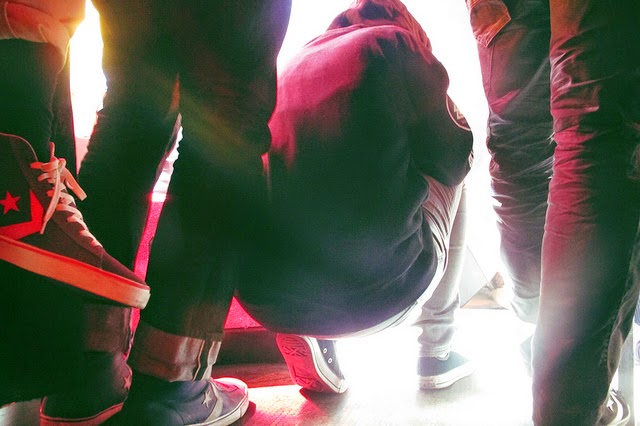 "Now I am looking for more editorial work and am on the hunt for an assistant gig because as much as I've learned on my strange path I know there is a lot more to learn to get to the level I want to reach and I also want to maybe one day not eat cereal ha!" 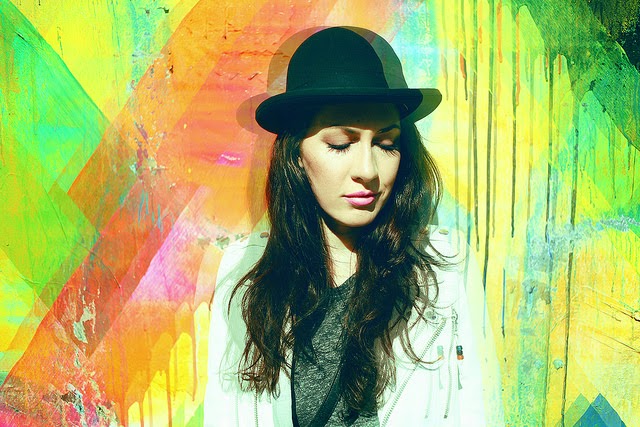 "The best part about Paris is easily the food- it makes no sense its ALLL SO GOOD,  I’m almost in tears sometimes !  I'll give the French that much credit: everything they do, they do it passionately and you can even taste it- It’s also great location wise because I get to travel to so many different cities in less time (and way cheaper) than it would even take me sometimes to get from downtown LA to Santa Monica in traffic ! I am two hours away from London by train, which is crazy- I’m obsessed with London, I go as often as I can, the music and art scene have really been inspiring me and motivating me creatively so who knows that’s probably what’s next for me maybe!

Especially this week though GOD I MISS CALIFORNIA- mostly the sun- people in Europe are used to it being gray and cold. I go insane- the cold I’ve gotten used to- a winter in New York will easily debilitate anyone and I've survived four- but NO SUN IS THE WORST- that’s hands down what I miss most- the sun and of course the ocean." 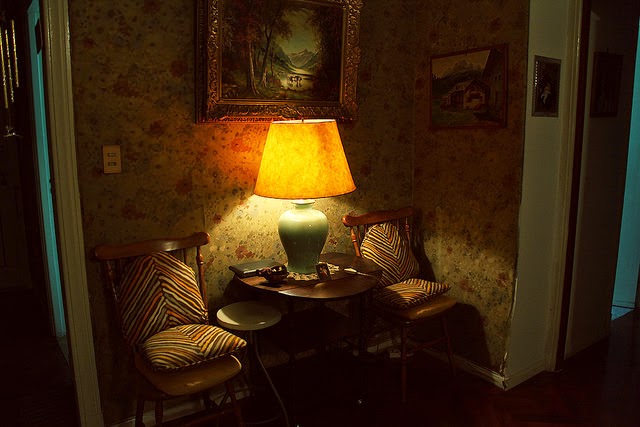 "My work is definitely still experimental and all over the place- I embrace it now- I used to beat myself up about it a lot. I'm still in the process of defining myself as a photographer- I go through phases - for years all I did was black and white- then there was a year where I only did candid street photos- then over saturated color- only film, only digital only large format etc etc But it’s cool it all looks different because I can see what I like, what I don't like. I think it was Joel Meyerowitz who went to Europe for a month and shot the same photos in black and white and then in color- and came back- studied the hell out of them and realized it was color he needed to do and he never went back- I'm still in the study phase. My work is definitely evolving and becoming its own unique beast but yeah at times it’s a bit schizophrenic -Then when it comes to my editorial work that’s a whole other aspect because you have to please the clients too. Someone that does it really well though, changing constantly and yet having a clear voice both with personal work and commercial is Juergen Teller- He is the photographer I admire the most in the industry." 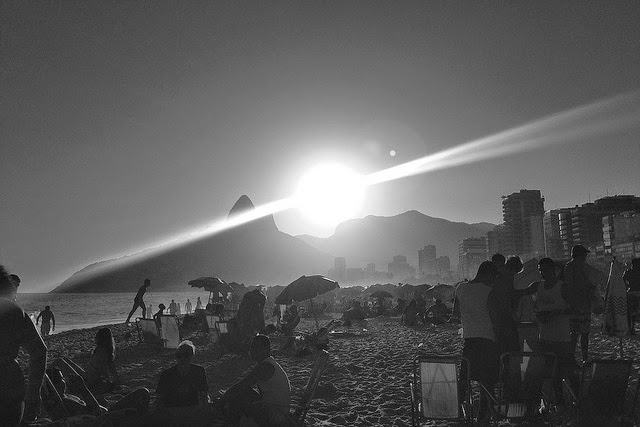 "A lot of why I went back to school was so to have a way to go into what I still don't understand in my work and myself and dig into it from there because that’s where the real magic is. Right now what I am doing is focusing on just shooting 24/7 and constantly questioning what I am doing and most importantly what my intentions are. It’s easy to make a pretty photograph but I need more- That takes a lot more work though ! There is a lot of bad art out right now and I must fight the nothingness! Great art is what moves people, disturbs them, inspires them, stays with them - I need to have an active role in making sure that still exists. I've also seen a lot of really powerful, sublime work here in Europe so I am just inching my way into the scene any way I can- I want nothing less than to really make an impact on the world at the end of the day." 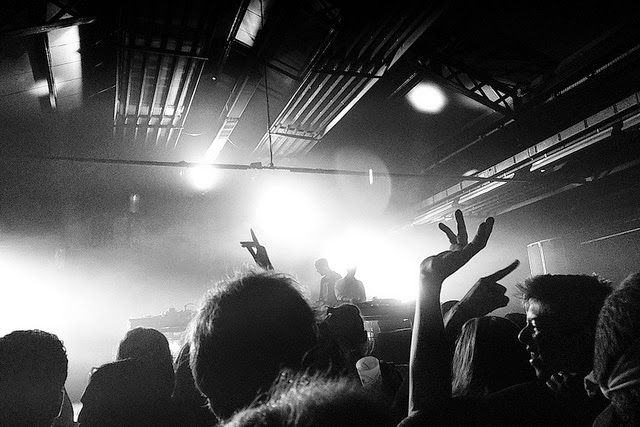