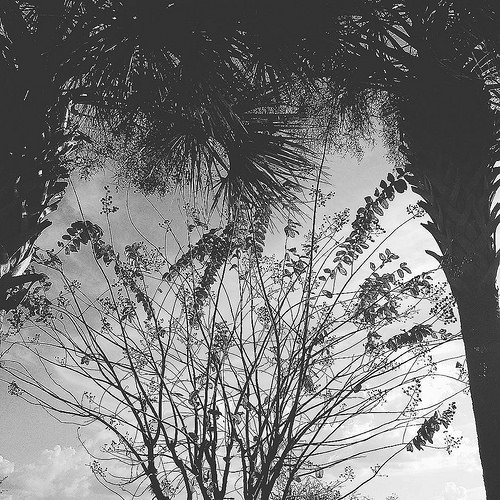 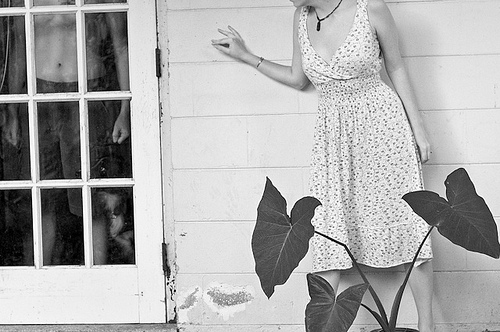 "Other than being your friendly curator and founder of Curating the Unseen, I am a full blown agoraphobic. So I have no social life to speak of.
Though I did manage to graduate with honors from The Southeast School of Photography with my A.S degree.
I live in Florida, but would much rather be back home in Oregon (Portland area.)
My husband and I have a plan to make that happen eventually.

For fun, I like to stay in my house hissing at strangers and playing a lot of video games.
I organize my amazon wish list and enjoy reading. The usual 'Shut-In' activities." 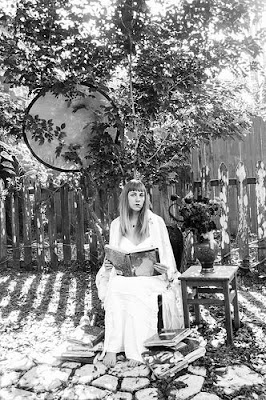 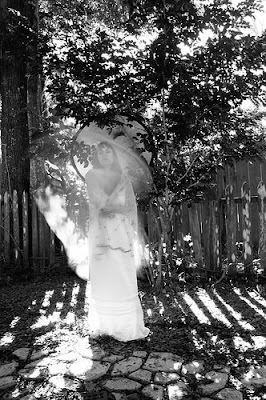 (In collaboration with Ryan Melvin)

"Curating versus creating my own work are worlds apart, yet some standards are shared.
In both cases I am looking for interesting, original work with either good technical skill or happy circumstance that just fits together.
A lot of the work on the site is very different from my own personal style of shooting.
Actually, I am far more attracted to journalism photography and very much enjoy shooting that myself. But the work on the site is by far mostly fine art. Fine art just happens to be submitted to us more. I am always hopeful and rooting for the few photographers that submit street/journalism but they have to be up to the standards of the site.
I can't just accept them because they are a field of photography I personally enjoy.
The most difficult aspect of curating is rejecting work from friends and ex classmates. I do everything I can to get them more exposure including re-organizing entire bodies of work. It's not uncommon.
The more frustrating parts of curation are the artists that don't bother to look at the site before they submit. You would not believe how many film makers and illustrators I get.
Take the two minutes at actually look at my site before just dumping your link in my lap." 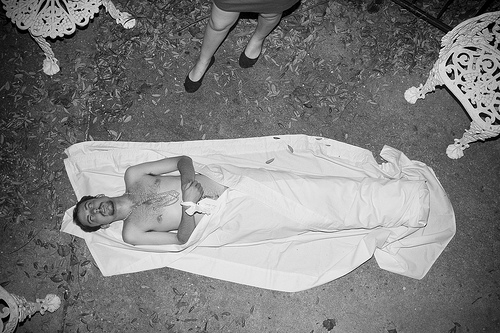 "It all started with a boy, Ryan Melvin.
The guy I was dating in my 20's had this top of the line digital camera that was so expensive he wouldn't let me play with it. I was an art major at a junior college at the time (hating every second of it) and out of pure spite I signed up for a photo 101 class, bought myself a bunch of slide film and a 'Canon Rebel.'
About two weeks into the class I came home and told Ryan (the boyfriend and the photographer that collaborated with me on some of these photos) that I realized what I wanted to do with my life. I was going to become a photographer.

In utter frustration he objects, 'But you don't even LIKE photography!' and I said, "yeah, but I'm really good at it!'. And it's true. Until I found the work of Sally Mann, I wasn't a fan of photography as an art form, but I really enjoyed taking photographs. That was over 15 years ago.

Ryan has been  a close friend to me for a very long time. originally, he was going to proceed over the marriage ceremony but when my husband and i decided to elope, I still wanted to see Ryan and have him meet my new husband.So he paid us a visit and during that time we made a series that ended up being part of my wedding album. I had a lot of props I wanted to use and we sort of took turns with poses and ideas. It was a lot of fun because even though he started me in photography, we had never worked together before." 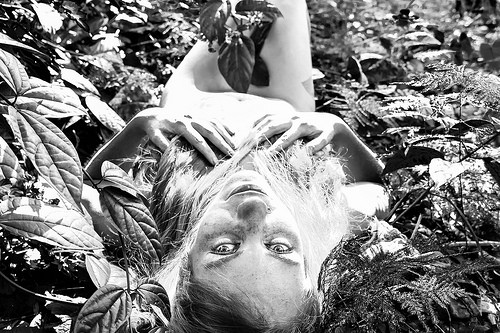 "Posing nude is not something I do often.
A LOT of people I know personally look at this website and I was raised to be modest, but I have a personal motto which I try to live by- 'Don't ask anyone to do something you wouldn't do yourself'.
There are so many brave models and photographers on this site who have shown their bodies., and if I can't do that myself, I have no right to ask them to.
It's also become increasingly important to me to show that a nude body is not pornographic.
I definitely have body issues, like most people. I want these photos for myself more than anything. When I'm old, I'm going to look at my not completely flat stomach, and my freckles, and thin lips and all the rest of my flaws and think, 'Shit, I was really beautiful.'" 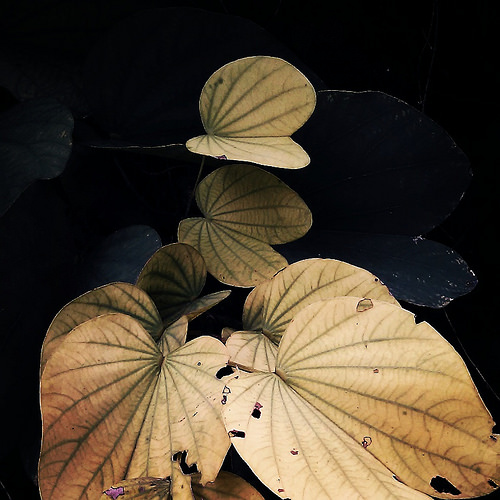 "It's my personal opinion that if a photograph is in color,
color should be paramount to the image. otherwise there isn't a point.
I shoot in both b/w and color.
I can't say I prefer one over the other
but I am very aware of the choice when making it." 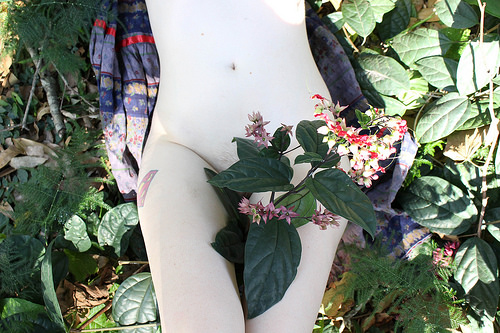 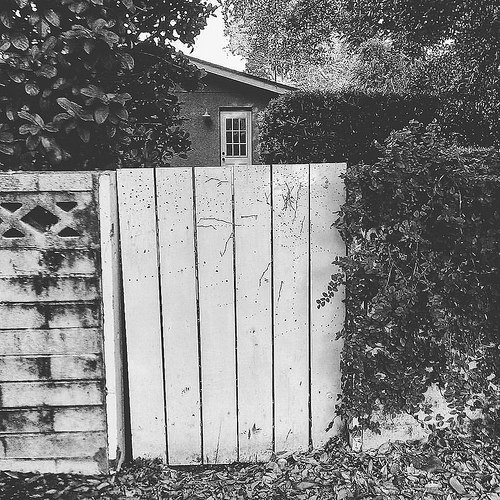 "I photograph because it's become a way for me to understand and document my own world.
I'm generally terrified of people and the outside, so naturally I was attracted to street photography and portraits almost right away. It's comforting to have that barrier of the lens between me and honestly, it allows me to stare at people as long as I want without being creepy. I snap a photo and keep going so I can study it at home.
A form of people watching where I can be safely tucked at home away from them." 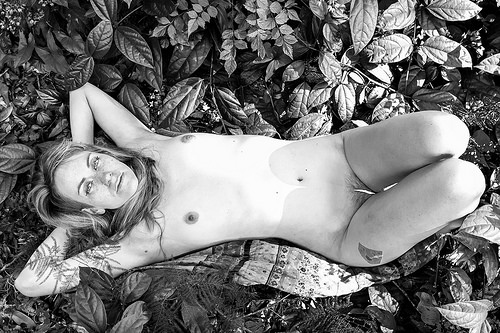 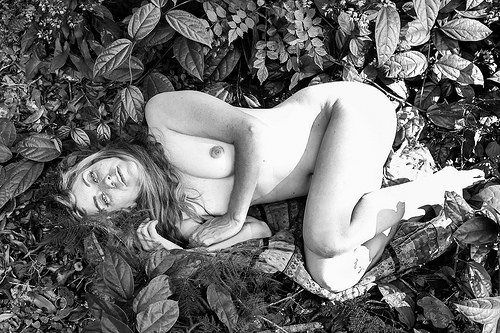 "The most important part of my work is when an image means something, it's not just a pretty picture. That's why my series, "No Shelter here", about dogs abandoned into the humane society, will always be my 'magnum opus.' I don't think I will ever do anything as meaningful.

There is a particular photography series I would love to do and I hope that one day I will be healthy enough to do it. In college, a fellow classmate- really fantastic beautiful kid- was killed in a car crash. An old man with a suspended license got behind the wheel and he took Jon from a lot of people that cared for him. In a conversation with his mother she told me about a photo series that she had suggested to her son of photographing cities that shared the same name. (Paris, France and Paris, Texas for example.)If I remember right, Jon didn't seem interested in this project but I have never forgotten it.
I would really love to do that." 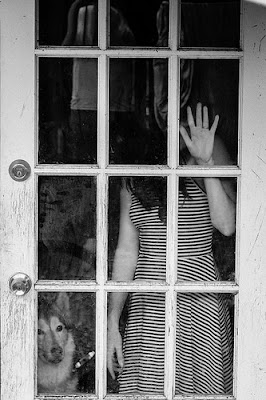 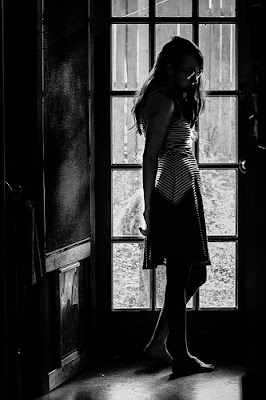 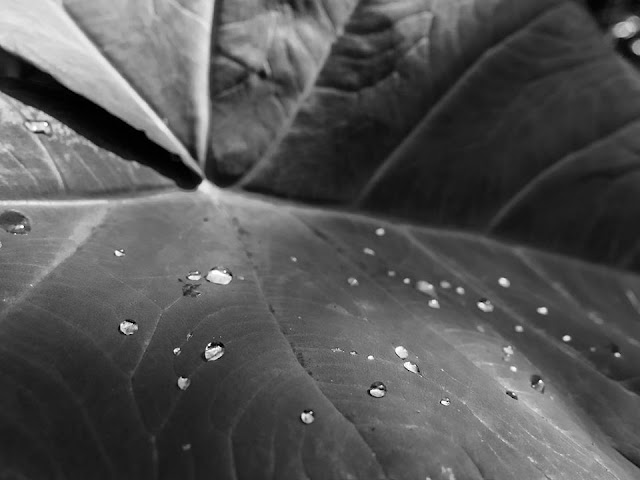 "The best advice I have ever been given was through a photo assignment way back in photo 101.
We had to photography light. Just light. the teacher refused to show us any examples as I was dumbfounded.
This was my first camera after all.
I agonized over this assignment. I cried, I was that frustrated.
The end product wasn't that good but I never looked at light the same way again." 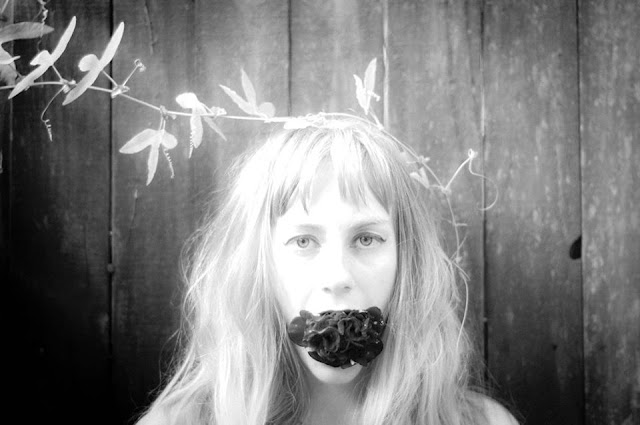 (in collaboration with Ryan Melvin)


"Although I hate the Eagles with a passion I have to say,
'Take it easy, don't let the sound of your own wheels drive you crazy."
is one of the best lyrics ever written."

(Interview by Carli Vogel)
Posted by carli vogel at 8:44 AM