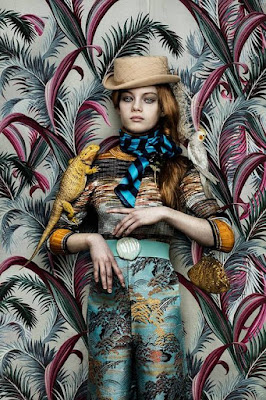 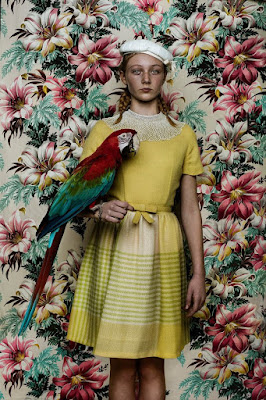 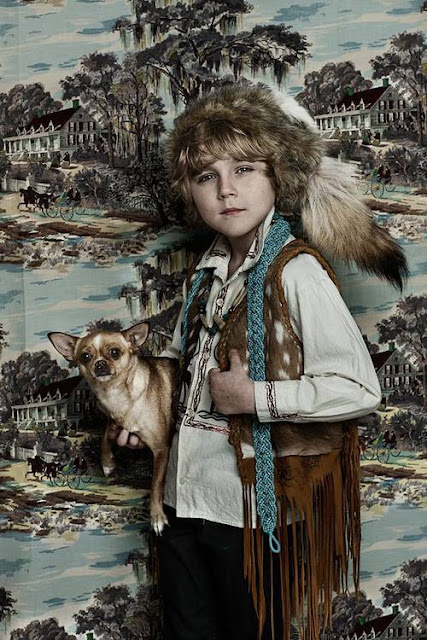 "I started taking photos at the age of 12, shooting pretty much what I'm shooting today, while playing dress-up with my little sister. I’d delve into my teenage wardrobe and dress her up, then pose her outside our house, directing her to stand next to a 1984 Pontiac Grand Am with a big silver studded belt over one of my over sized 80’s t shirts. It was 1985, I was shooting with a camera I got from the Snyder's Drug store down the street.  It was one with disposable flash units clipped on top of a long flat plastic box. It had a range finder, not a real lens." 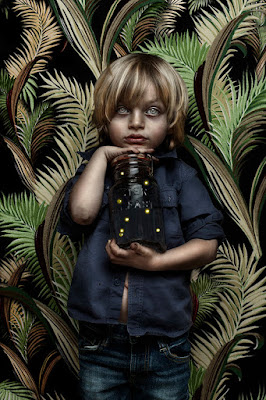 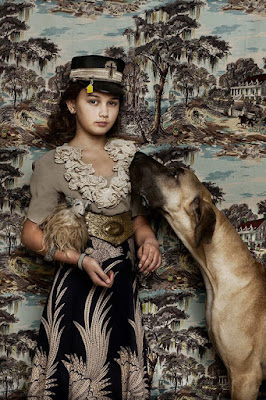 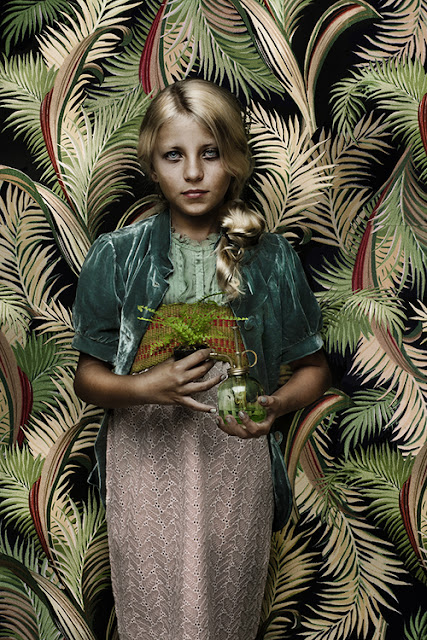 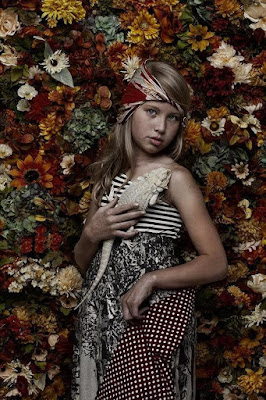 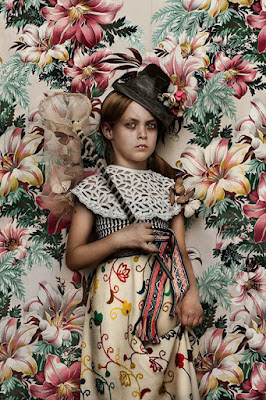 "The Animal Child series started in 2013. I have a deep love for fashion and style of all kinds, working with kids and animals. I started creating images that made feel nostalgic, I guess my own childhood inspired this series. My style is just little more refined now. I am always inspired by things I'm attracted to." 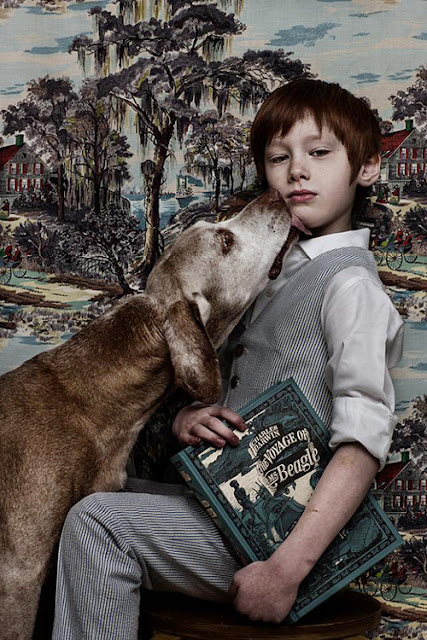 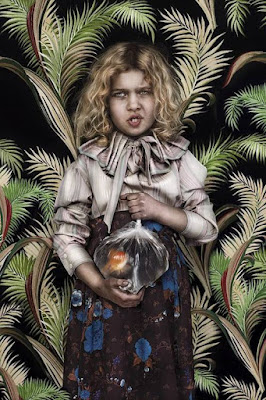 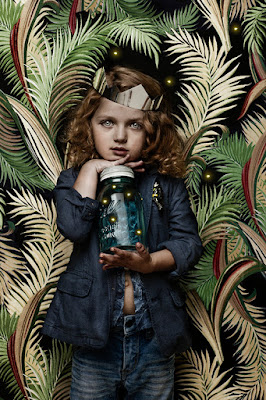 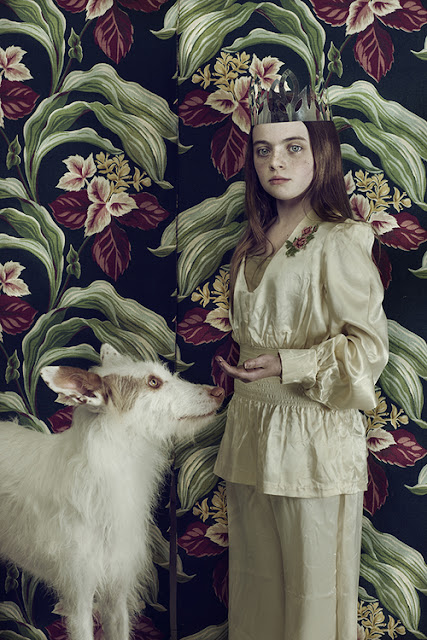 "Incorporating a multitude of decades visually makes the images more timeless. I find this quality important if I want to enjoy them for years to come. This often plays out in my back-drops.  A friend introduced me to vintage bark cloth, a fabric used for curtains, furniture and pillows between the 1920-1950’s. I was not only attracted to the rare patterns but also the texture of the fabric and the style of printing, I have one 36x42 section of bark cloth with a title printed directly on it, 'Life on the Mississippi'." 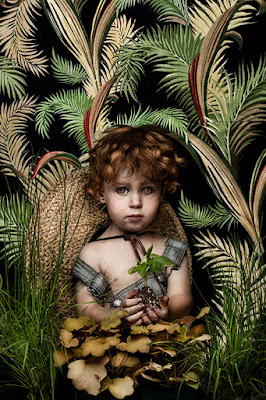 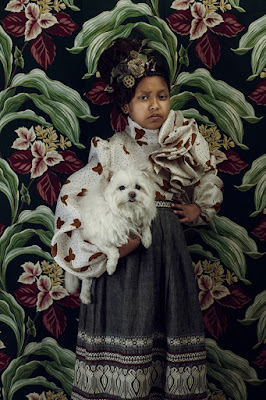 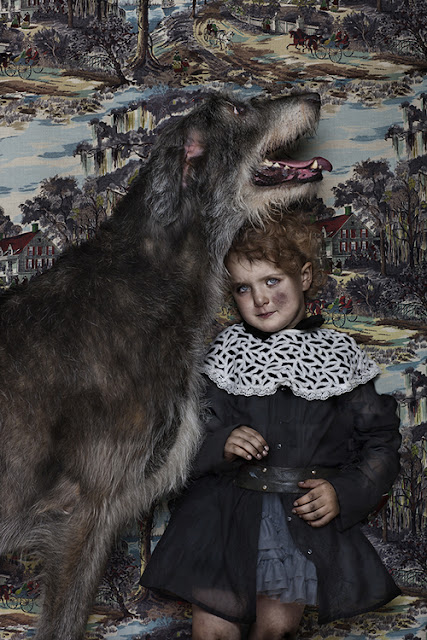 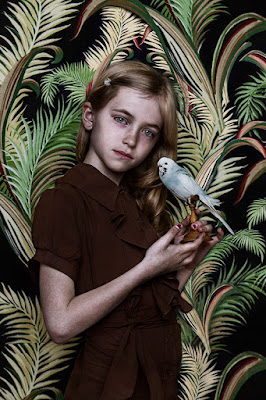 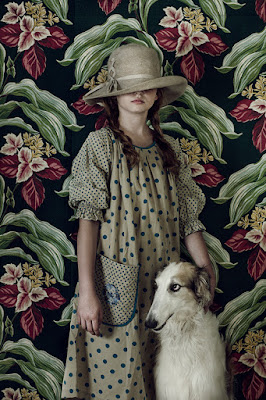 "The animals represented often come from nearby my studio. I happen to be in a building with many dogs who come to work with their artists, so, lucky for me, I can pick and choose. Then I started including the children’s own pets. Some have bearded dragons, some have chickens, some have birds and so on. In most of the portraits, though, the animal and child have just met for the first time. This series is constantly changing. My most recent favorite is 'Brutus and the Bird'." 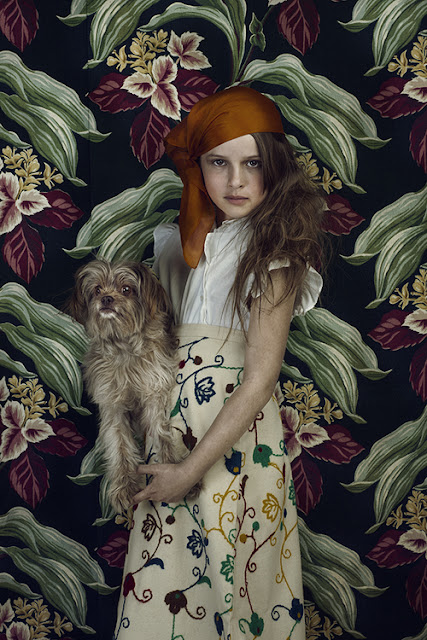 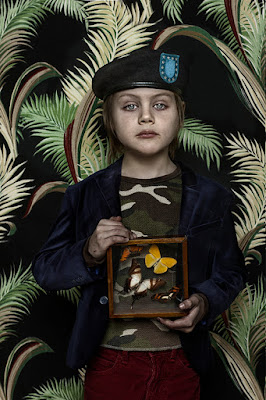 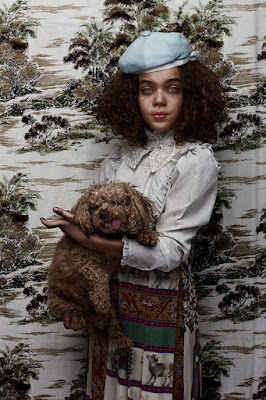 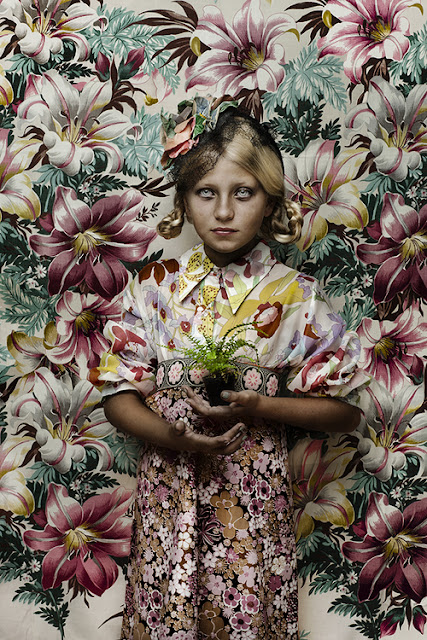 "Whatever I'm shooting, I start with a pre-existing image in my head. It can be a really strong idea, but I'm usually willing to let it go if something else reveals itself.  This balance of being in control versus “letting go” is very important for me in my practice.  Without it I couldn’t capture the majority of my images.  I try get the shot within the first 10 frames.  Sometimes I shoot a little longer only because the subject might be disappointed it’s already over. I'm sensitive to all of my subjects,  I want them to be comfortable, animal and child alike.  I project and absorb A LOT of energy during a shoot, so I don’t want the shoot to last too long or I'll be drained." 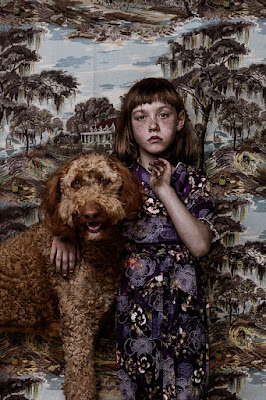 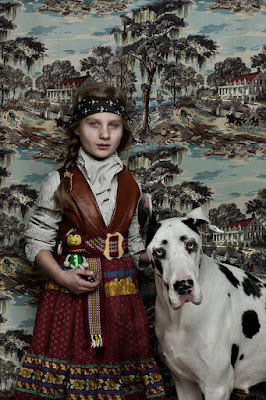 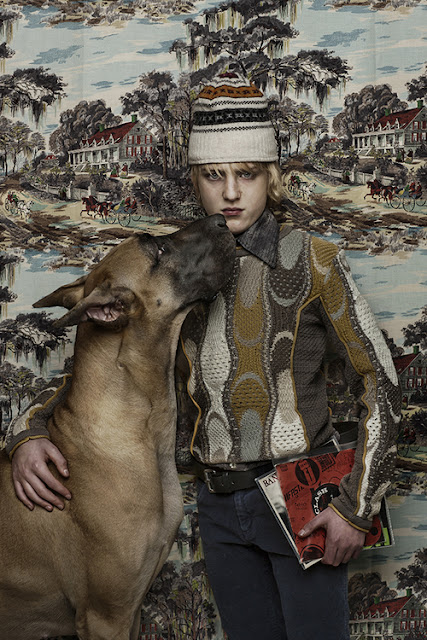 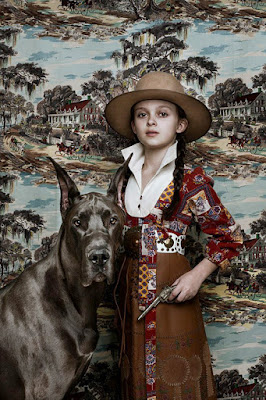 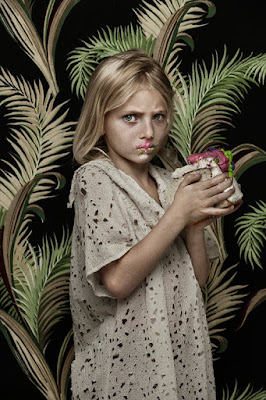 "I think the most important part my work is working itself.  Many times I shoot to shoot-it’s as simple as that.  Creating an image at the end of the day is simply something I get to keep from the process. Something new I'm just starting to inch into my work is going beyond a simple printed image.  I’m printing on aluminum and gluing glass diamonds to my images.  This will make my portraits one-of-a-kind, something I’ve struggled with in photography.  The diamond-studded images will be an addition of one, like a painting would be.  I'm very excited about this." 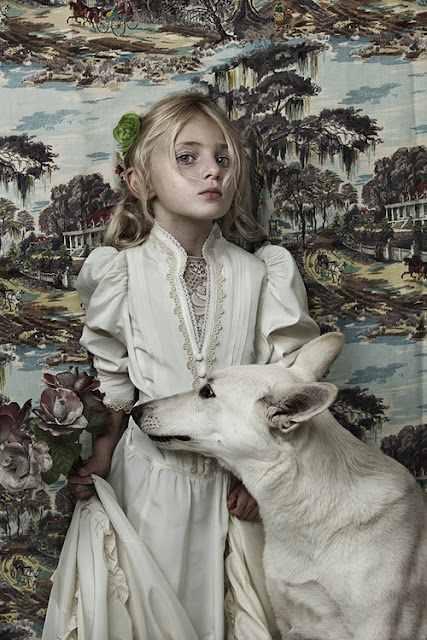 "Photography is my artistic outlet for many reasons. One of the main reasons is my need for instant gratification. Up until 2004, when I was still shooting with film, the whole process of shooting, developing and printing took a little longer. But each step was just as important as the next and, if I worked non-stop, I could complete a single image in one day. In today’s digital world it's basically the same timing; I just have more control.
I was never a master film developer, so I eventually left that process to someone else. I loved printing, but didn’t always have access to a nice darkroom. Today I have 100% control over everything. Its amazing to watch photography change by the day--no more rules, rather endless opportunity on many levels."
Posted by Quenby at 7:00 AM