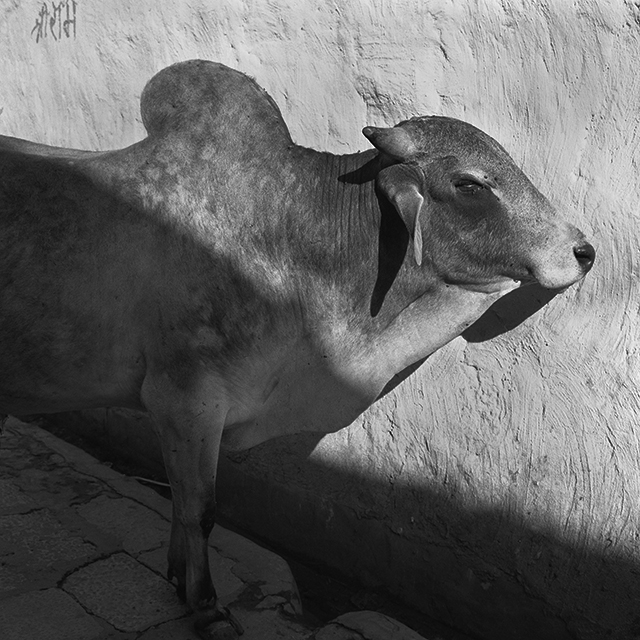 Eric Breitenbach is a personal influence, not only to me but to countless students that know him through the Southeast Center for Photography where he is a full time professor. His portfolio featured here, entitled "Cows of India" shows his ability to photograph animals the same way he does his fellow human being; with a deep sympathy and superior knowledge of natural light. 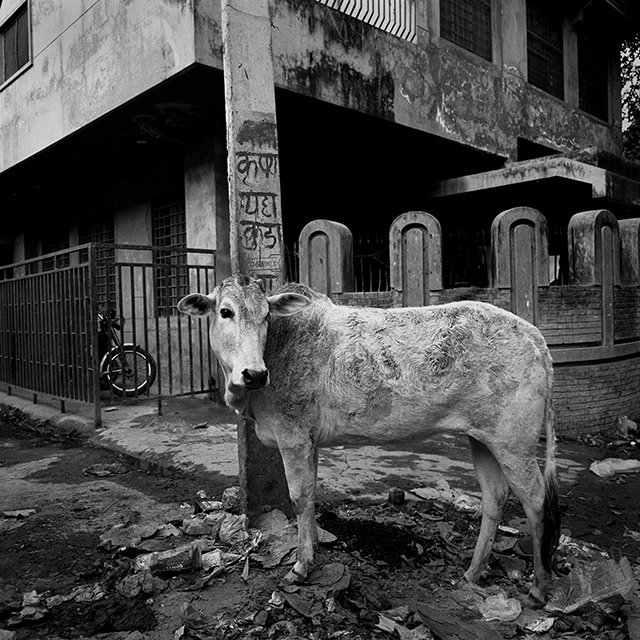 "I had been photographing stray dogs for several years in various countries, then began to spend more and more time in India. I've made seven trips since 1999. I usually stay for two weeks to a month. On one block you could have a huge number and variety of people, all going about their respective (and, for an American, frequently unusual) business, along with an elephant or camel, four goats, a pig or two, seven monkeys and eighteen stray dogs. That's just on one block, and that's pretty invigorating, at least to me.

I was still photographing the dogs, but started noticing the cows. I liked some of the early pictures I made and began to do it more consciously on subsequent trips. It's in process." 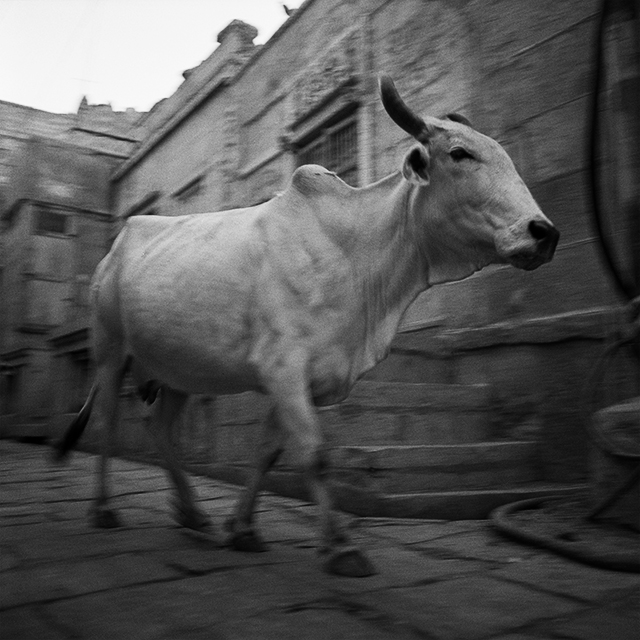 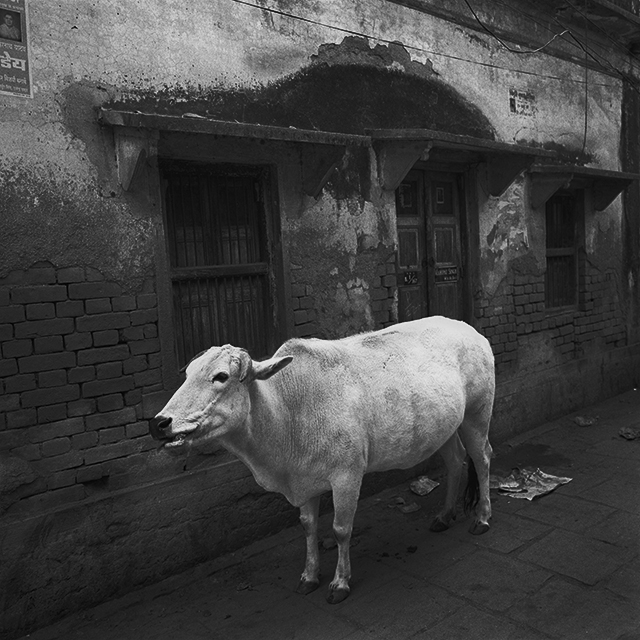 "The cows I'm mostly interested in are the street cows, and in cities like Vrindavan and Varanasi they're everywhere. In most cases they are treated fairly well. They're usually by themselves or with a few others. In the cities you don't see them in large herds. India is no paradise for animals.

Because most cows have owners or families that care for them and, usually, milk them, they are treated well. They wander around in the same way domestic American cattle are put out to pasture. In cities there is no pasture, so they get fed by their owners but also do a lot of scrounging in garbage heaps and vegetable markets--anywhere food can be found. They wander around but have a territory and stay within it. They usually "come home" at night. Some people take their cows into their homes with them at night. Speaking for myself, the more time I spend around them the more I appreciate them. You develop a kind of familiarity, even respect." 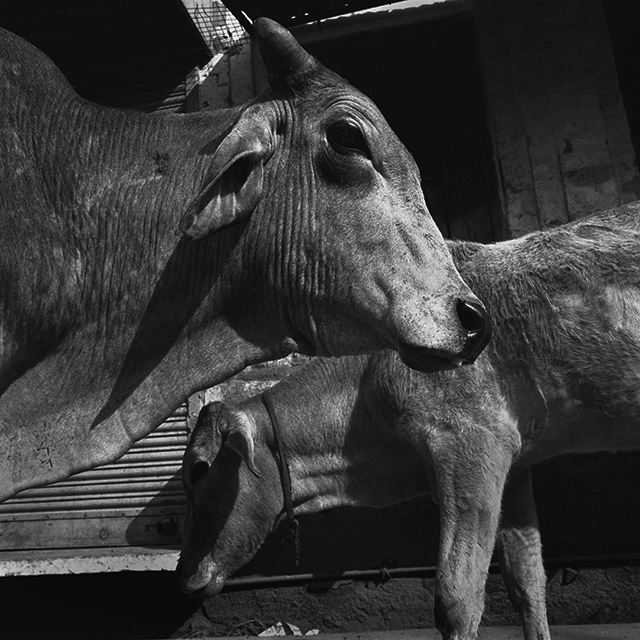 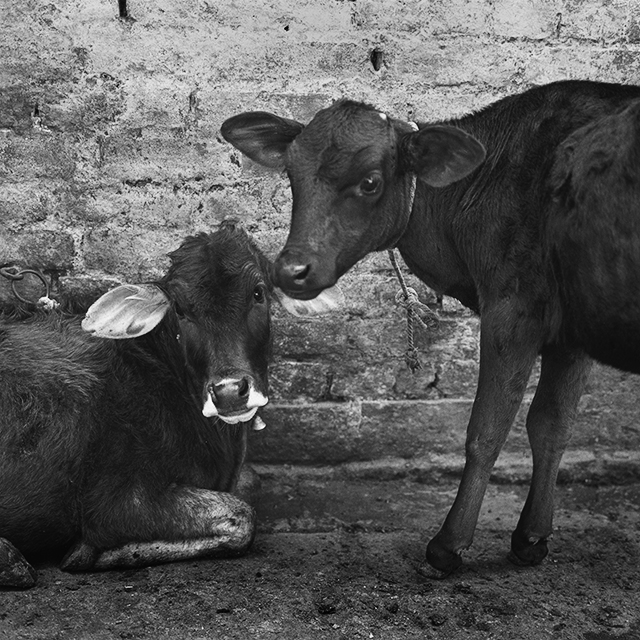 "This may sound odd, but here's really no difference in photographing animals as opposed to people other than the fact that I don't have conversations with the animals. I do communicate with them, though, mostly through body language. I move very slowly. I've only gotten butted once, never bitten. One night late in Varanasi, a friend and I were surrounded by a pack of dogs. He was nervous but I was pretty sure, from their body language, that it was an act of canine trust-but-verify." 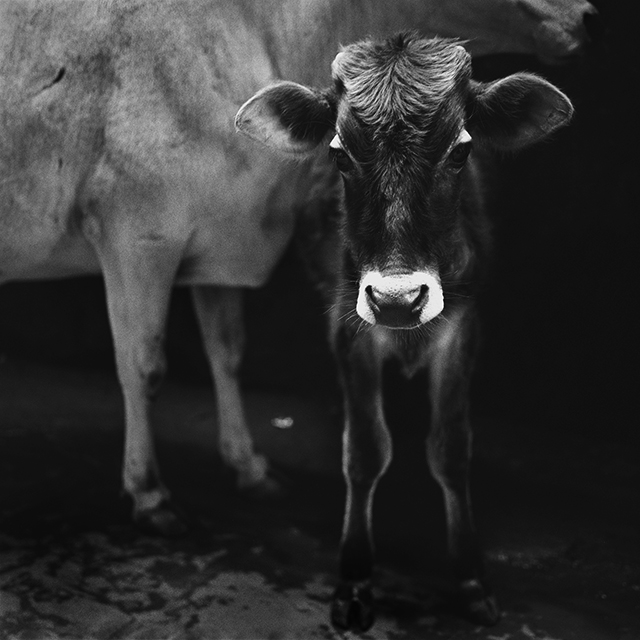 "I've spent some time contemplating the lives of animals and human-animal relationships, so when I got to India photographing the dogs and cows was inevitable. I'm moved by the stoicism of animals and their ability to be present. They relate to each other with very little hidden agenda--somewhat the opposite of us. I've always said that if you are looking for a solution to a problem, observe an animal. They always do the right thing. Of course you have to see the big picture." 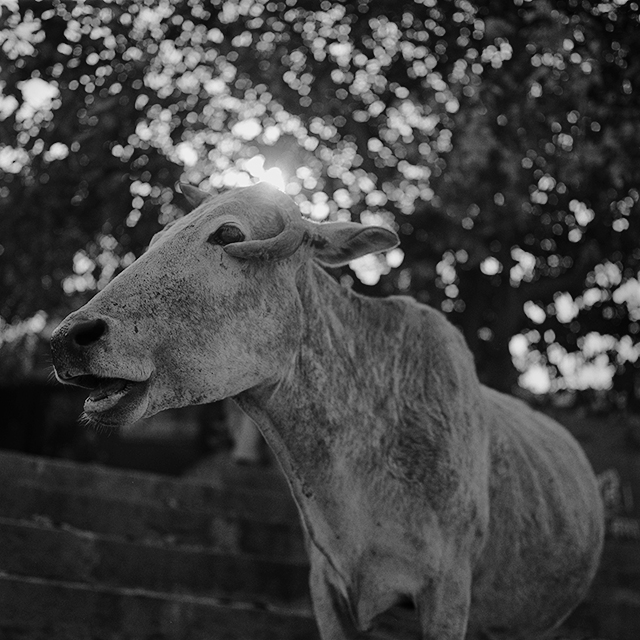 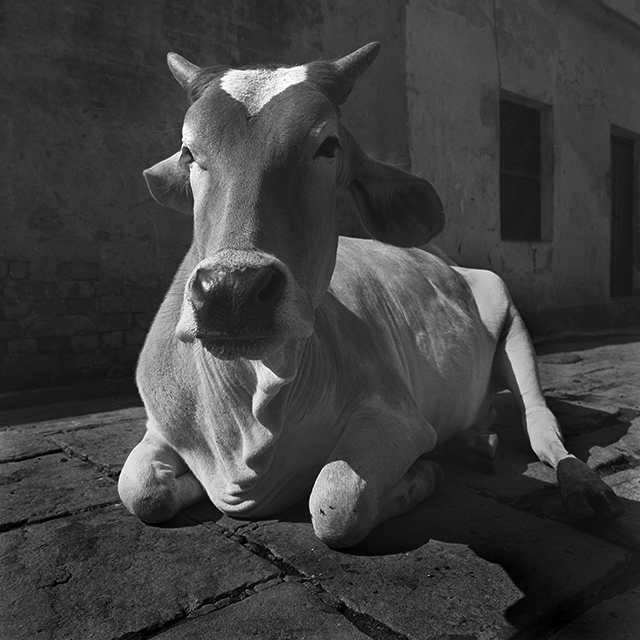 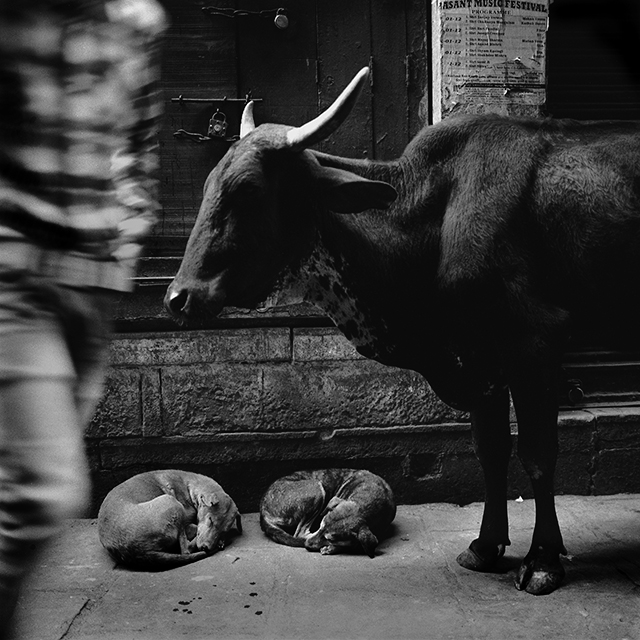 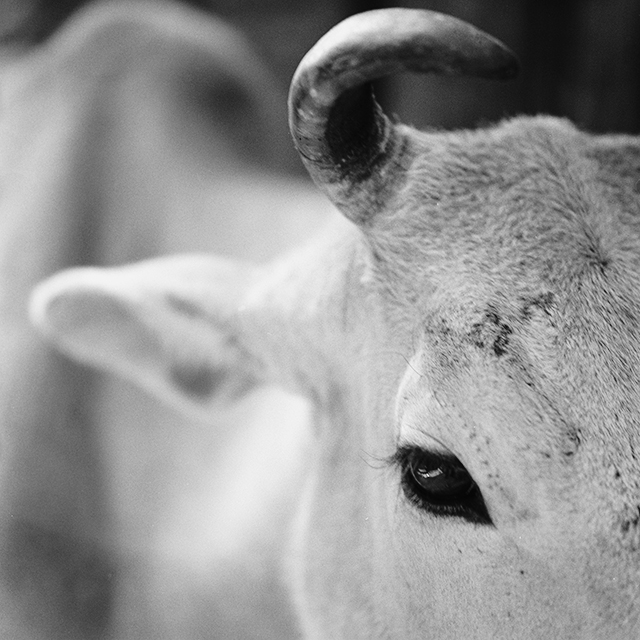