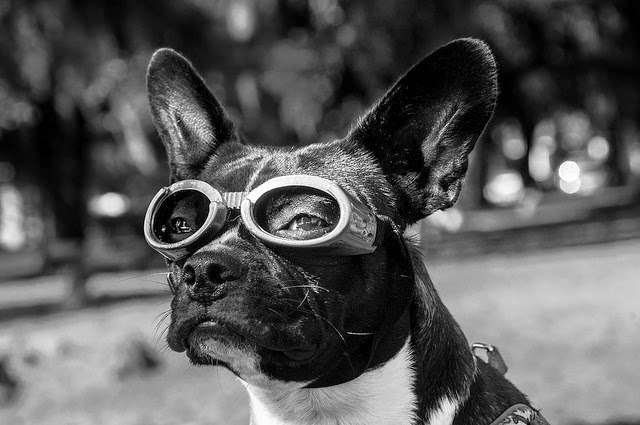 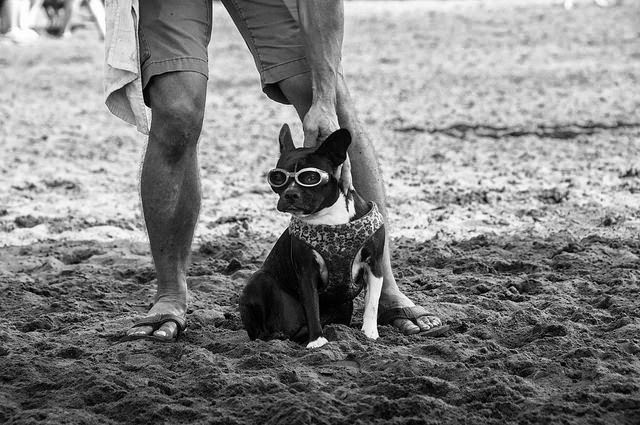 Didi S. Gilson was kind enough to interview me for this post so I didn't have to suffer through talking to myself. You can see her photographic work Here. She will henceforth be referred to as D.G and I as Q.S for the interview. 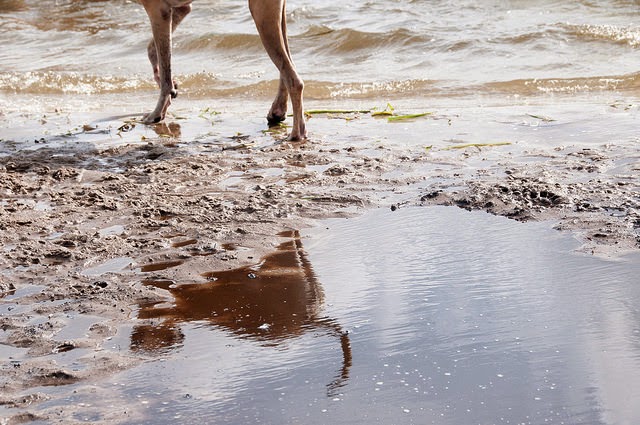 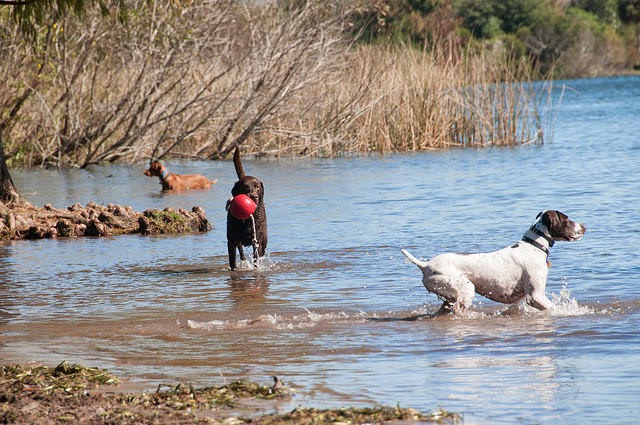 D.G: Looking at your new series, what you are able to evoke is a sense of joy and unrestrained freedom, camaraderie and an upbeat canine “being at one with Nature” that the animals seem to feel in Baldwin Park. How did this new photographic series come about?


Q.S: Originally, I wanted to create a series showing the strange situations animals find themselves in due to their close relationship to human beings. I still haven't given up on that project, but as I was shooting it turned into something else completely, which happens to me constantly. 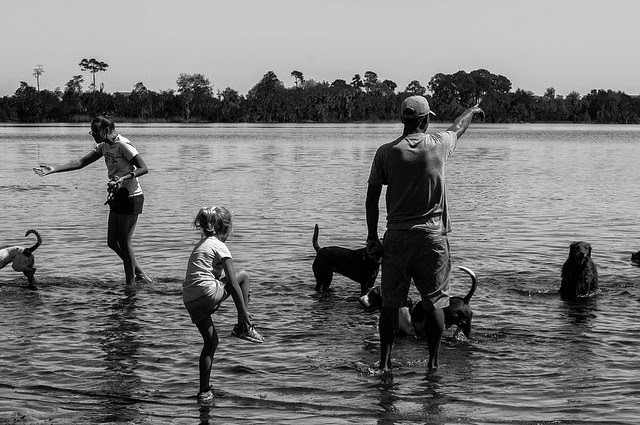 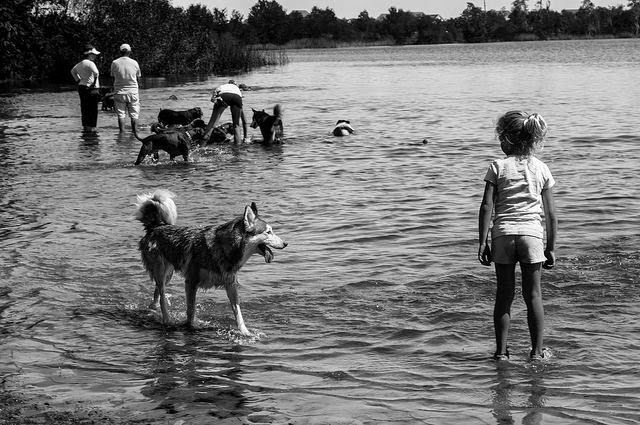 D.G: Over how long a period was it shot?


Q.S: I take my own dog, Ghost, to the park every weekend. As a husky, she needs more social and athletic time than most other breeds. It’s so important for us to get out there. This particular series was shot in about 6 trips, so over 6 weeks. I considered making it a documentary project of the park itself, but when I tried that, it just didn’t work. The landscape and detail shots didn’t hold up next to the dogs interactions with each other and the park itself so it became solely about them. 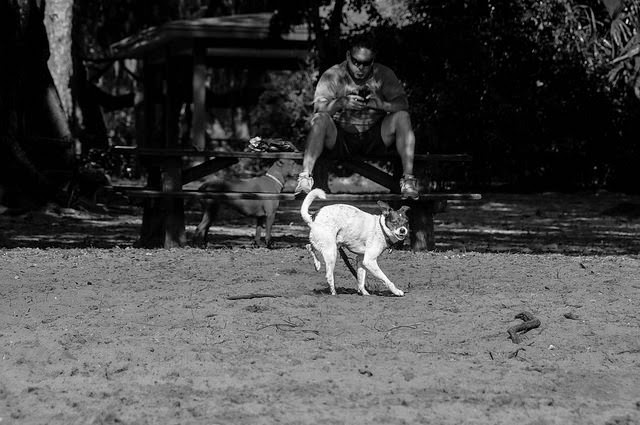 D.G: Tell us more about Baldwin Park, both the site itself as well as including your own impulse to document the place and its four-legged visitors (sometimes alongside their two-legged cohorts).


Q.S: Baldwin Park is fantastic. The people are (for the most part) great and sometimes strange. There is a local wood working artist who carved tree spirits and designs into some of the trees and a little “free library” to leave reading material. It’s actually very large, the dog park is just one part of it.
The people in the shots are all anonymous though. That was very deliberate on my part. I didn’t want to show faces, just general shapes and actions. Because to the dogs, these people are random strangers that they interact with and I wanted to show that. 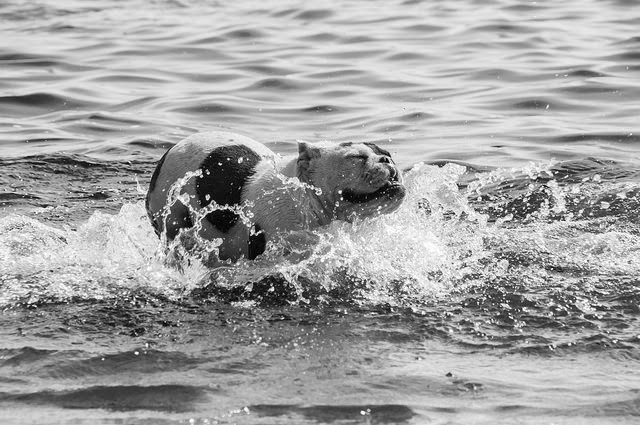 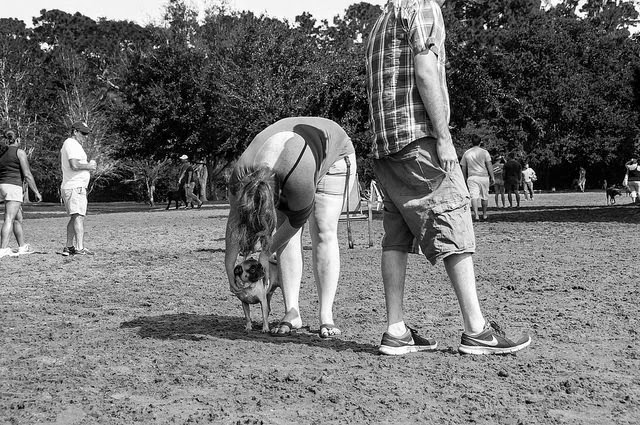 D.G: I noticed that this series was photographed in digital format, and then each image is displayed either in color or mono. How do you decide whether a photo works better in full-color or black & white?


Q.S: It was a very difficult decision for me to choose between color and black and white. I hold a degree in photography and it was drilled into us that a body of work is one or the other. But for me personally, there has to be a reason the photo is in color. By default it’s black and white. The colored scenes would be missing a huge element if I tried to be consistent by making them mono and with the mono shots, there was no color element that enhanced the scene at all.
I shoot for myself, there is no reason to hold onto the things I was taught if they aren't benefiting me. I had a writing professor in college that would become frustrated with my refusal to use a comma correctly and finally he said, “You learn the rules first and then you can break them”. That stuck with me. Combining color and black and white has become part of my style now. 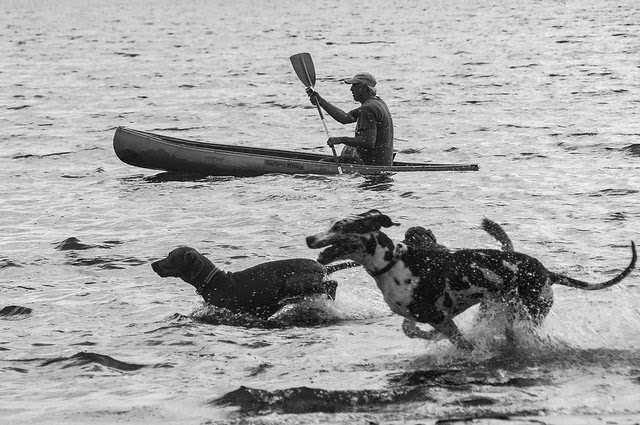 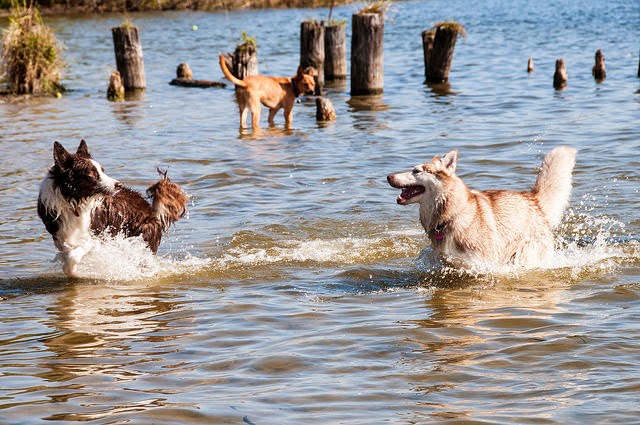 D.G: And as a constantly evolving photographer, why and when do you also mix it up and sometimes shoot digitally and other times know that a series will be approached only with film?


Q.S: I go through phases and love affairs with my cameras. Long periods where I want the immediate results of digital and then I will miss all the light leaks, surprises, stray hairs, and dust in my film. I am actually really missing my film cameras right now. However, not having the ability to just switch ISO is so limiting. 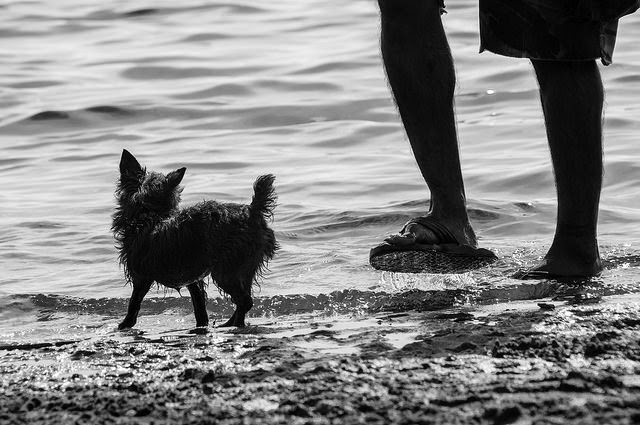 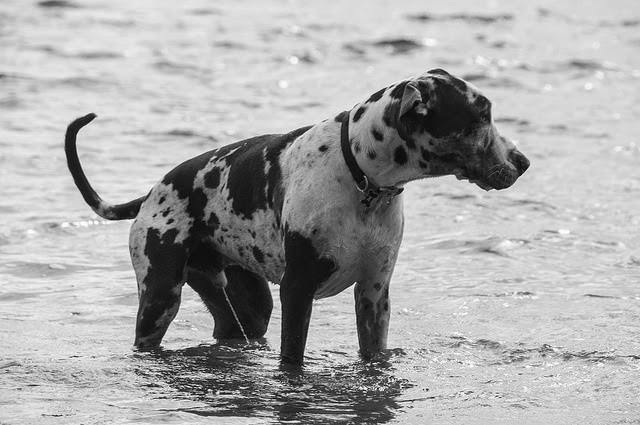 D.G: Do you have any future plans for this series?

Q.S: I plan to submit it around to some publications I like. I have had it self published with blurb, but I did not up the price in include a profit. It’s expensive enough just to print the thing. If people like the series they can order it, but it’s really just for my own personal pleasure of having it as a book in my hands. 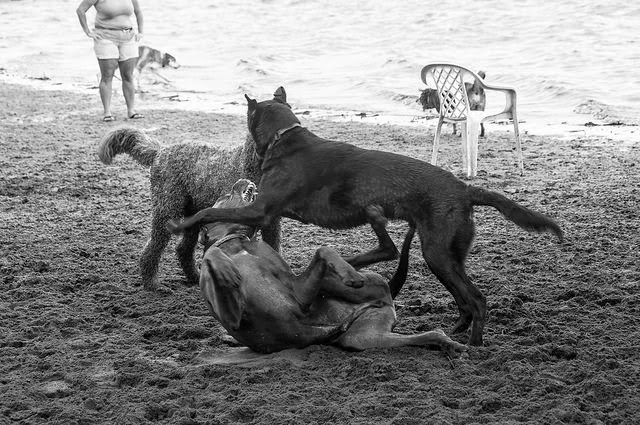 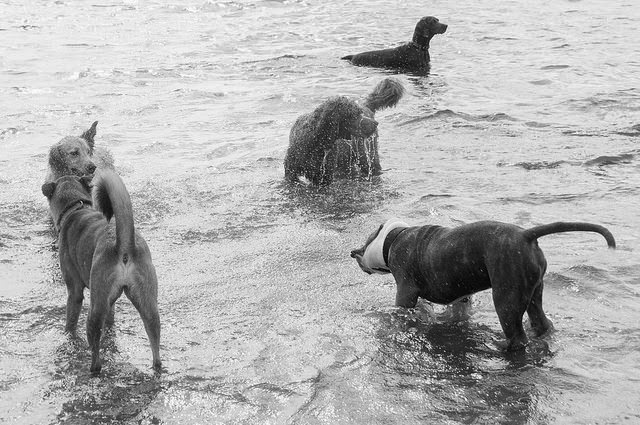 D.G: How does this group of photos follow on from your (oh so bittersweet & poignant series which illustrated the many excuses that people cite when they abandon their animals at a local shelter) “No Shelter Here”? [Interviewer’s Note: That project was my own first glimpse at your work which garnered you the Graduating Portfolio Award 2013 and was exhibited at The Southeast Museum of Photography. I would still love to see that published as a book as well.]


Q.S: I should publish that, but it would have to be done right. The right publisher, and someone that can help me create a donation fund for animals.
I wanted something light. Although a lot of time has passed between now and finishing No Shelter Here, a lot of this series was a palette cleanser for me. Something fun and wonderful with happy animals rather than the misery and heartbreak I was documenting at the shelter. Many of the dogs of Baldwin Park are rescues. 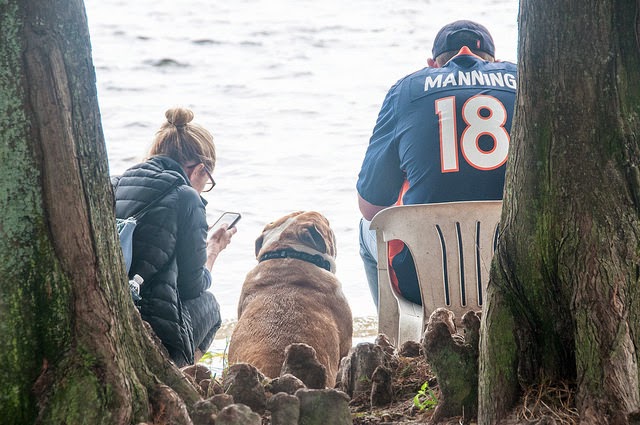 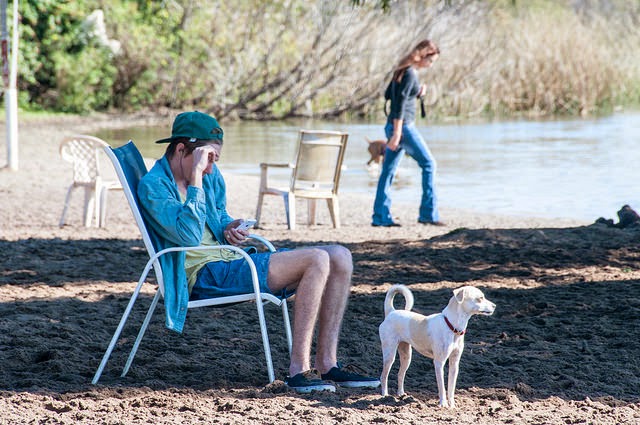 D.G: Tell us about your own creatures of comfort at home. Where do you sit in the pecking order of your Dog Pack?


Q.S: As I said, I am a husky owner so she is willful and very dominant. She used to try to dominate me all the time, actually. She came with my husband so when I arrived on the scene she felt a strong need to keep her place as number 2 and it took a long time and a lot of work to convince her that just wasn't going to happen. We had to start doing things like when the husband came home he would walk past her and ignore her to greet me first. And I would have to make her move off the sofa and sit there myself, even if I didn’t want that spot just to show her I could have it. It took over a year of this weird battle, but things are very different now.
She knows she can manipulate me but she also depends on me because I am her main caretaker since I work from home. The relationship has changed a lot. My husband will get jealous sometimes because in most ways she prefers me now. It’s like when you have a small child, they are going to go to the parent that is at home with them all day and be more attached to them. We have our own rituals and games that he’s not a part of. But she and my husband have the same thing. Certain games she enjoys only with him. If I try to do them she just looks bored and wanders off. 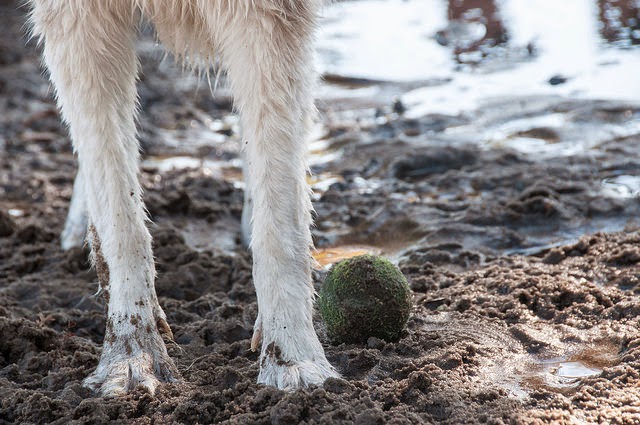 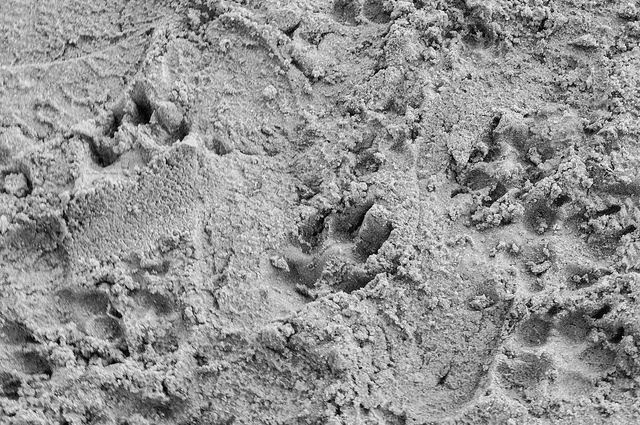 D.G: As the curator for Curating the Unseen, have you learned anything valuable which you’re able to put towards photographing, editing and disseminating your own projects online?


Q.S: Curating the Unseen has made me completely fearless when it comes to submitting work to publications and networking with non photographers. Editing my own work is still a challenge, just like for anyone. The work is too personal, I always need advice and opinions when it comes to getting a project down to a manageable number of shots. 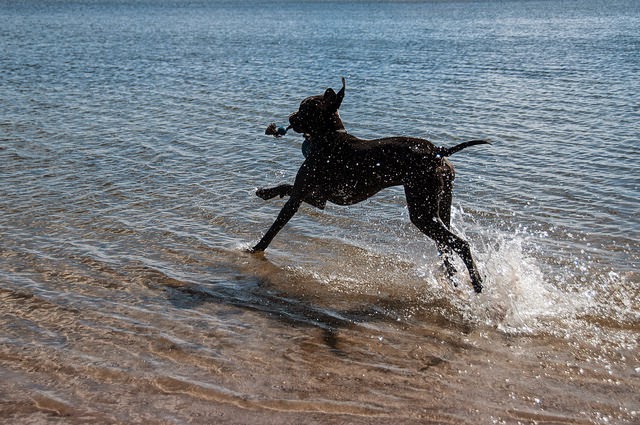 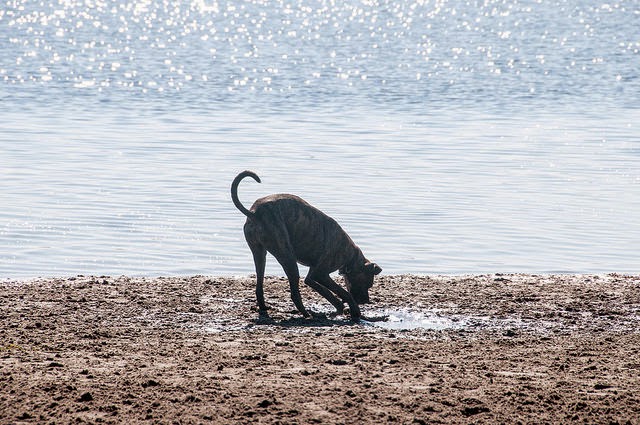 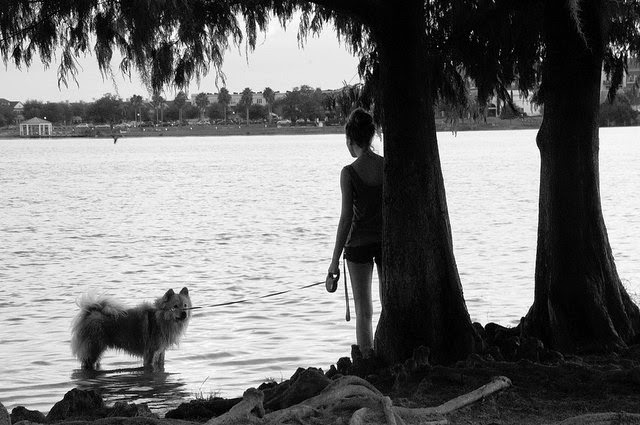 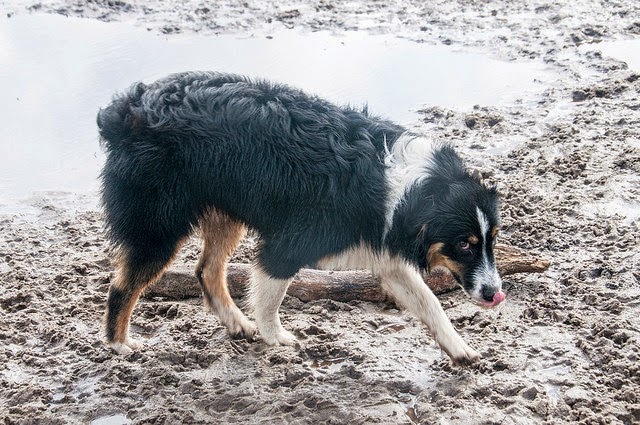 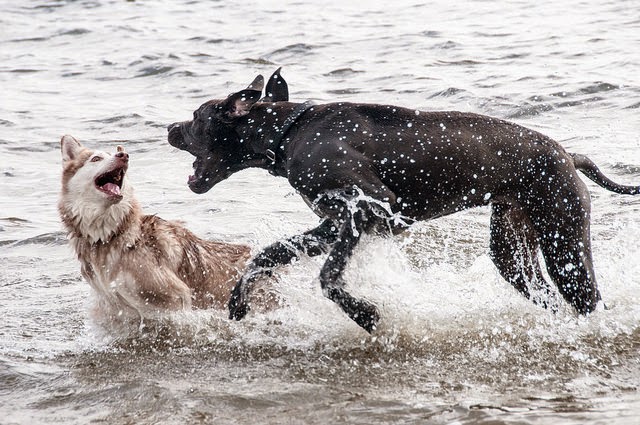 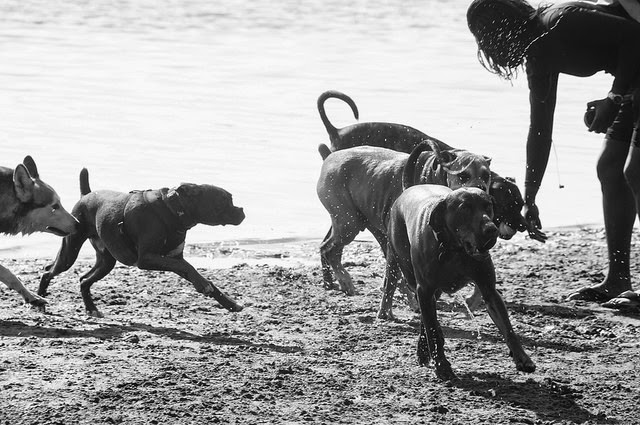 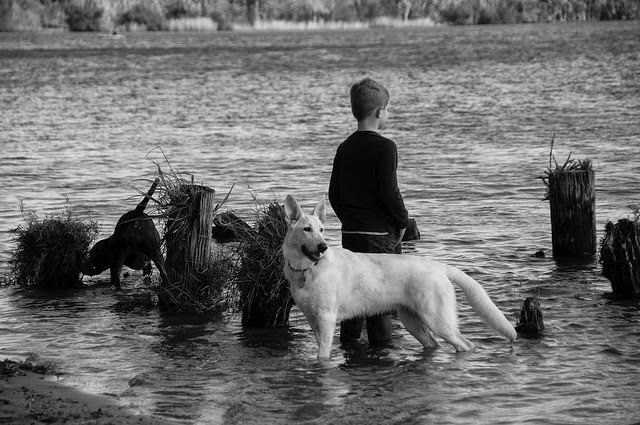 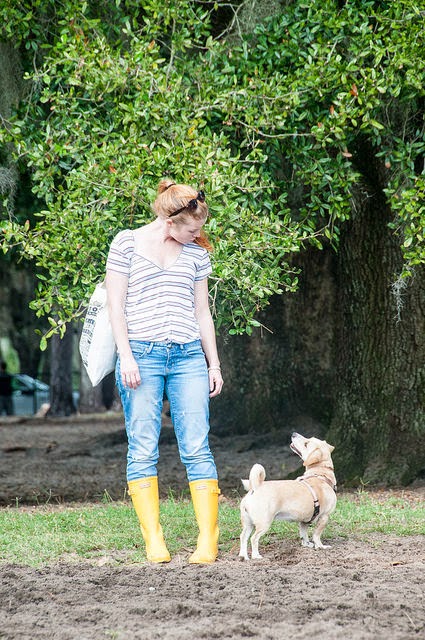 Buy this series in book form HERE
Posted by Quenby at 7:03 AM