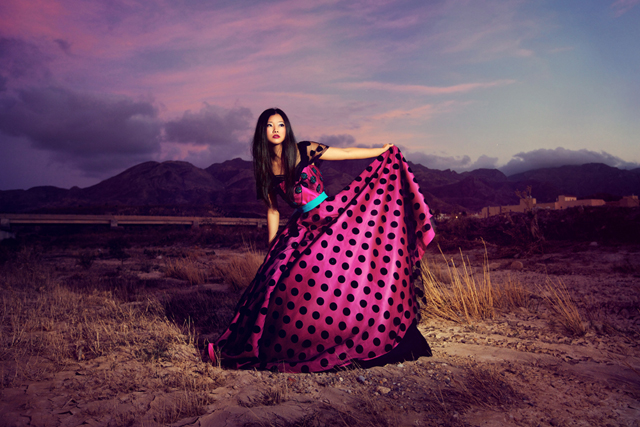 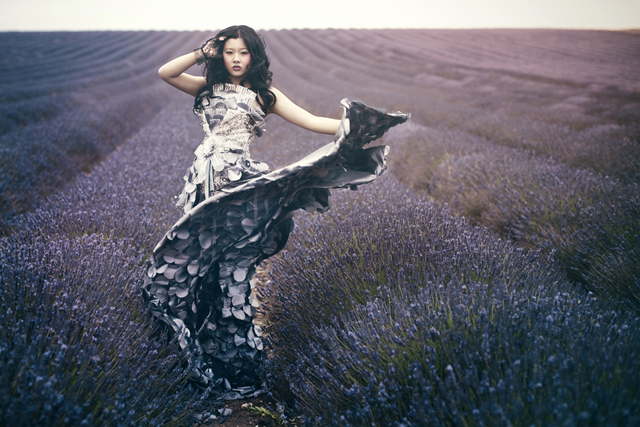 "I'm formally educated in Art & Design and Graphic Design, but aside from a few modules at college and university, I'm mostly self-taught in photography. I apply a lot of practices learnt from my arts training though, so although I moved in a different direction, they were still useful. I love illustration and painting, I don't really do either discipline anymore, though I really loved painting when I was younger, but I feel like I can carry elements of it through in my photography work. I always like something a little surreal, if it's something I can't inject into the subject of an image, I'll play with colours to get a desired effect. I like things light and airy, though I'm starting to experiment more with the darker end of the scale now and have plans in the works to do a merge of photography and some illustration techniques I learnt at college." 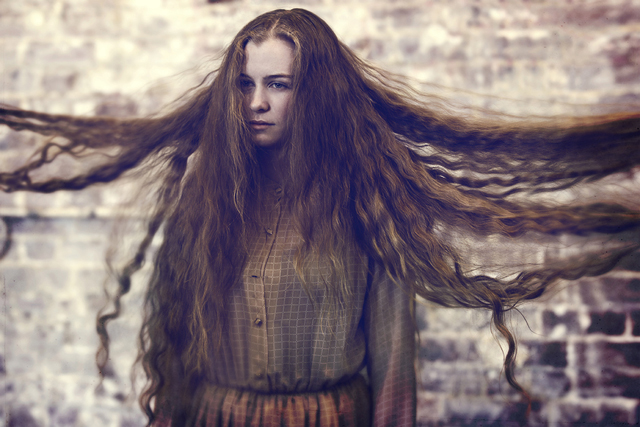 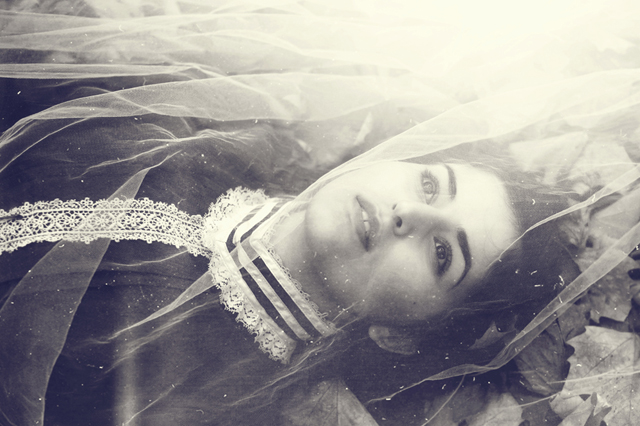 "I try to shoot at least once or twice a month - I have a separate day job so I plan all my photography around that. When wedding season comes I scale back my other photographic work to concentrate solely on weddings. I'm generally planning shoots all the time though, I have a big list on the back-burner.

If I'm just doing a quick test or practice shoot, it will be just me, shooting, sourcing the clothing and props myself, otherwise I will work with Hair / Makeup artists and clothing / accessory designers. I try to spend some time each month sourcing and contacting designers for future collaborations, and to build a database of contacts. I rarely have assistants, I get a lot of people ask, but I feel a bit rude asking them to stand around and wave a reflector about, but it's something I need to get over, because assistants are useful, and we do have fun." 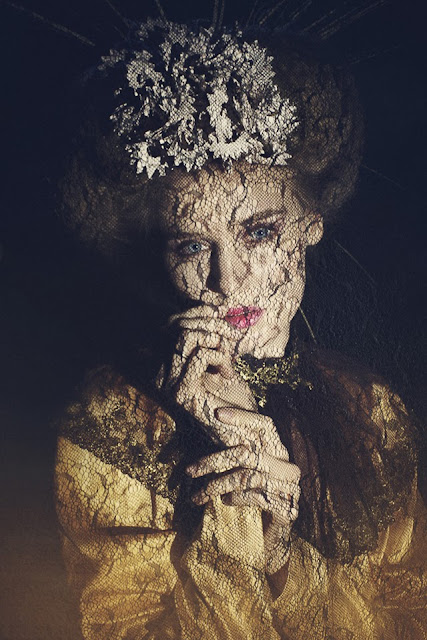 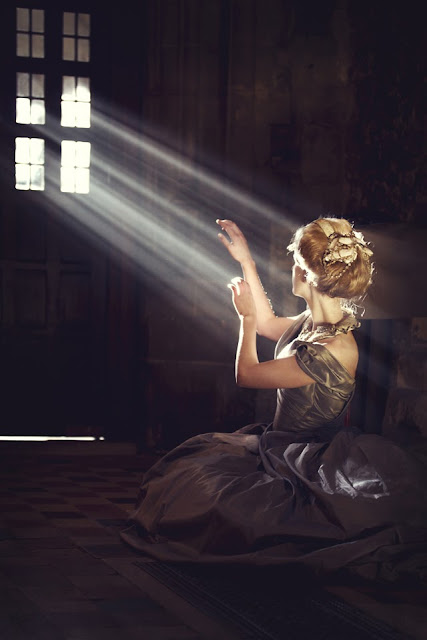 "I tend to be drawn to models whose personality shines through in their images, and I don't shoot really high end fashion, which I guess is where models tend to have that vacant looks. It also doesn't really suit any of the designers I work with to have a model gazing blankly in the distance; I like to work for independent designers with unusual works, so often I'm creating a series of images based on a theme, rather than simple clotheshorse photographs. I like to think about the location and how strong a part it can play when relating to the style of clothing on a shoot. It's important to me to get to know a model on a shoot, take time to have a chat and a cup of tea with them in breaks, find out about them, where they are from, etc. I find I work so much easily with a model I have a rapport with; you get so much more out of an image if there's a lot of communication, both on and off camera. You also learn a lot, I learnt loads about Iceland with Anna, the last model I worked with." 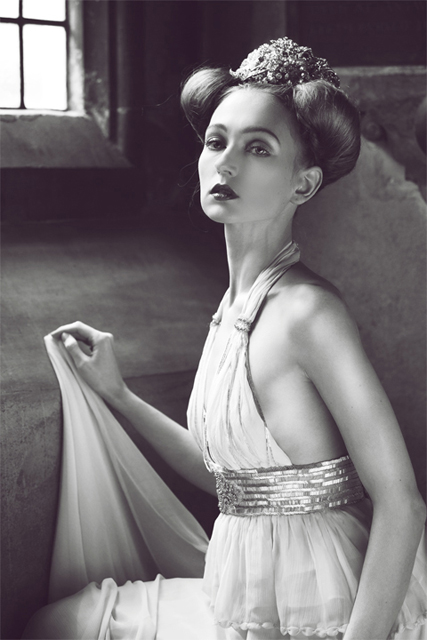 "There's one model I work with a lot - I'm sure she's recognizable in my work! Her name is Twig, I met her in 2011 and we've since become good friends. I love working with her because she has her own artistic direction, and is willing to do anything. Sometimes our shoots are all my idea; sometimes they are all hers, and sometimes a combination of the two. I find it a nice challenge to have a model come to me with an idea, and to try and execute it how she sees it in her head. I've had to turn a few ideas form models down if they don't shoot my style, or I think they're a bit cheesy but that doesn't happen very often, and never with Twig." 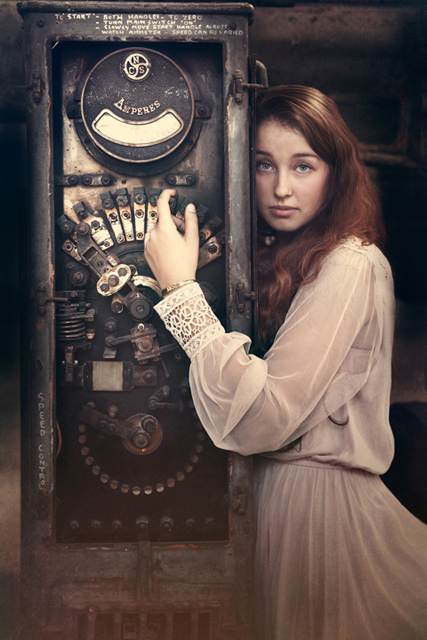 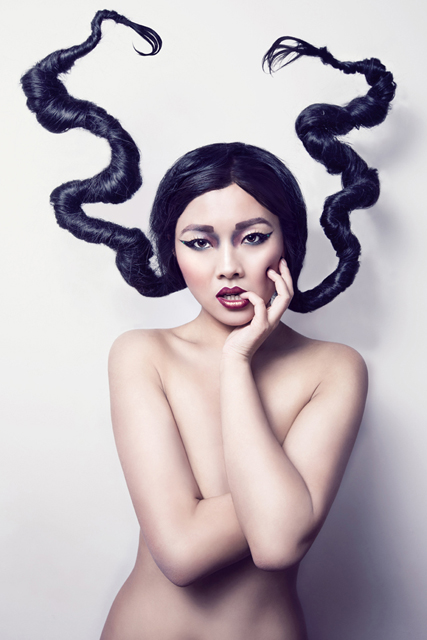 "I like models who are friendly and approachable, of course they have to have a great look, but I want to shoot with a model who's energetic and fun, and easy to chat to, I get so much more out of a shoot that way, especially if they are open to mad things like getting in a bush or being wrapped in cobwebs. In fact I've never worked with a model I didn't think was an absolutely lovely person!"
Posted by Quenby at 5:00 AM